As an international sports facility, the stadium was used as the main venue for the opening and closing ceremonies and track and field events of the Olympic and Paralympic Games Tokyo 2020. It was constructed using domestic timber with Japanese designs and was built around the concept that all people can watch the games safely and comfortably. The stadium is also designed to be barrier-free, with elevators and escalators installed within the stadium, allowing visitors to move around with minimal physical exertion. Real grass is used for the track and field where various sporting events such as track and field meets, soccer, and rugby are held. 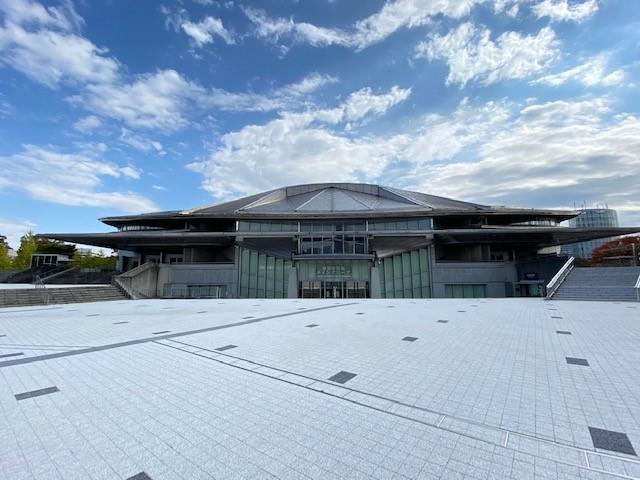 Tokyo Metropolitan Gymnasium is a sports facility with a main arena, a sub-arena, and an athletics field. The main arena is a facility with a competition floor of 3,220 ㎡ that can accommodate international sporting events and is used for world championships and national tournaments in table tennis, volleyball, figure skating, and other sports. Apart from sporting competitions, the gymnasium also functions as a popular place where people can enjoy sports, with the swimming pool, gym, and track and field open to the public on a regular basis.

The Ariake Arena is an arena facility scheduled to open in the summer of 2022. Other than hosting sporting events, the facility can also be used for concerts and large-scale events. The main arena can accommodate approximately 15,000 people and is expected to host tournaments and large-scale events in the future. Volleyball tournaments at the Olympic and Paralympic Games Tokyo 2020 and wheelchair basketball tournaments at the Paralympics were held here. Its construction began in 2017 as part of the Olympic project and was completed in 2019. After the Olympic Games Tokyo 2020, it will be used for various sporting events as well as concerts and other cultural events. 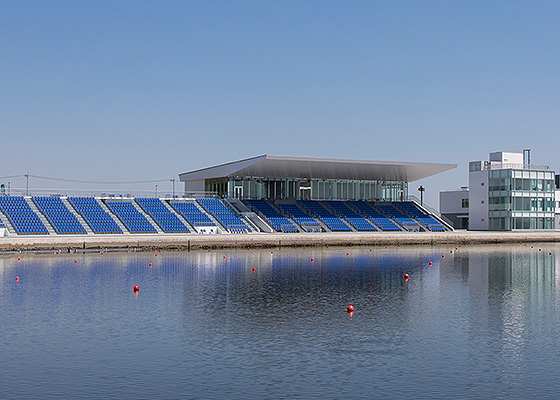 The Sea Forest Waterway is a rowing arena located in the Sea Forest Park and was used for the rowing and canoeing tournaments at the Olympic and Paralympic Games Tokyo 2020. It is equipped with sluice gates and pumps, a feature that ensures a fixed water level during rowing and canoeing tournaments, eliminating the influence of tides. It has various facilities such as a boathouse building and a finish tower, and the grandstand building can accommodate approximately 2,000 spectators. The finish tower is equipped with monitoring equipment and can be used for international tournaments. In addition to canoeing and rowing tournaments, the facility can be used for other purposes such as yoga lessons held on the wooden deck. 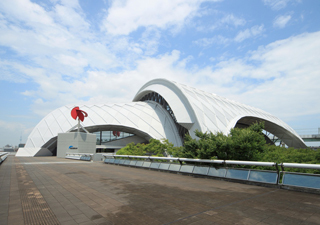 The Tokyo Tatsumi International Swimming Center is the largest swimming facility in Japan and a venue for international swimming tournaments. It has a main pool, sub-pool, and diving pool, and was used for water polo tournaments at the Olympcic Games Tokyo 2020. Apart from the pools used for swimming tournaments, there is also a diving pool for diving and synchronized swimming. Opened in 1993, it started as a swimming center to replace the Yoyogi Olympic Pool, which was the largest swimming pool up to that point in time. Since then, it has hosted numerous sporting events, from international tournaments and the Japan National Championships to prefectural tournaments. 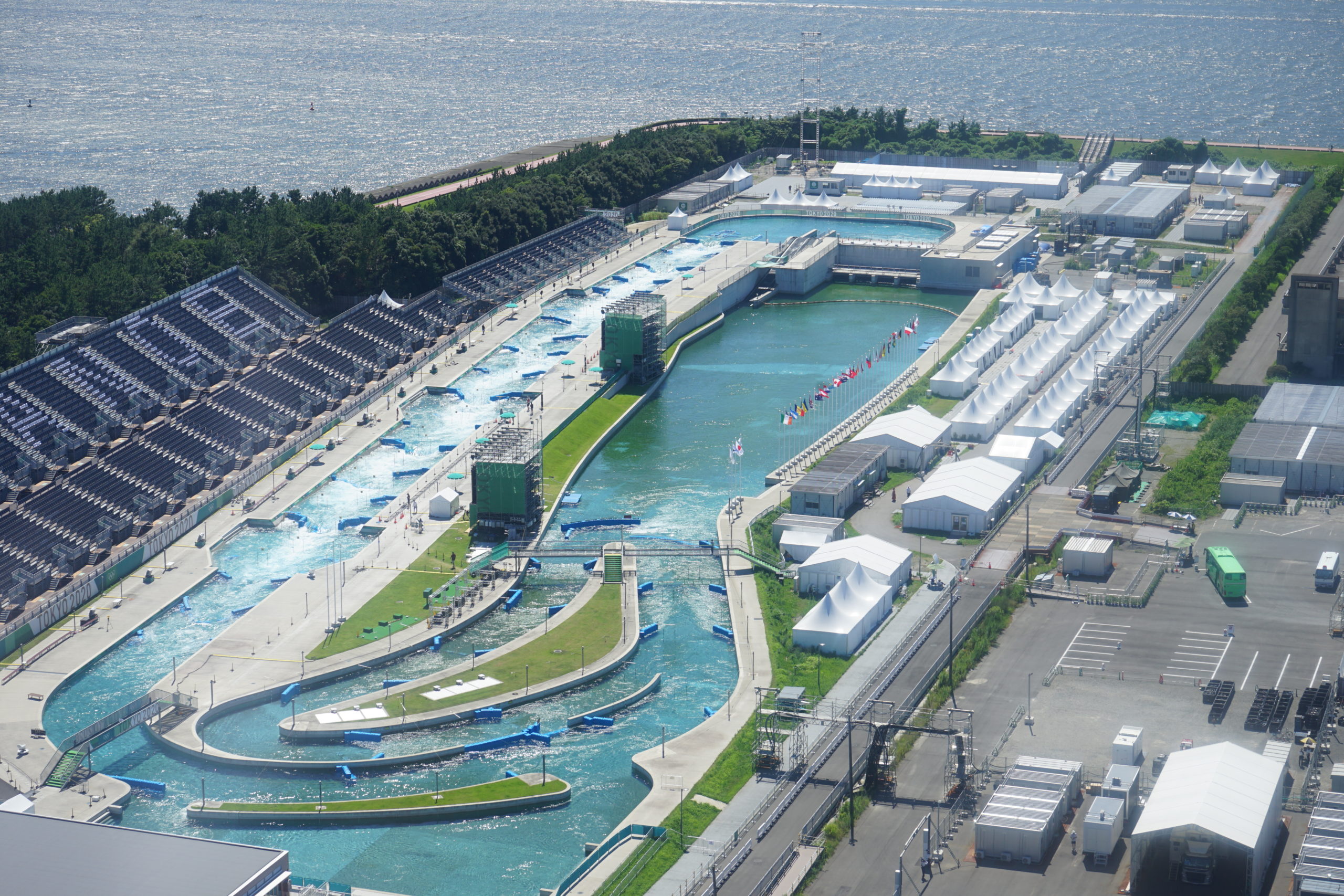 The Kasai Canoe Slalom Center is Japan’s first sporting facility with an artificial canoe slalom course and was used for the canoe slalom tournaments at the Olympic and Paralympic Games Tokyo 2020. It is equipped with a competition course and a warm-up course and can be used for international tournaments. Aside from using pumps and obstacle blocks to create rapids, the competition course also has a finish pool, which will be used for water recreation by the public after the Olympic and Paralympic Games Tokyo 2020. We expect it to become a popular facility thanks to its rafting and canoeing equipment and water recreation features. 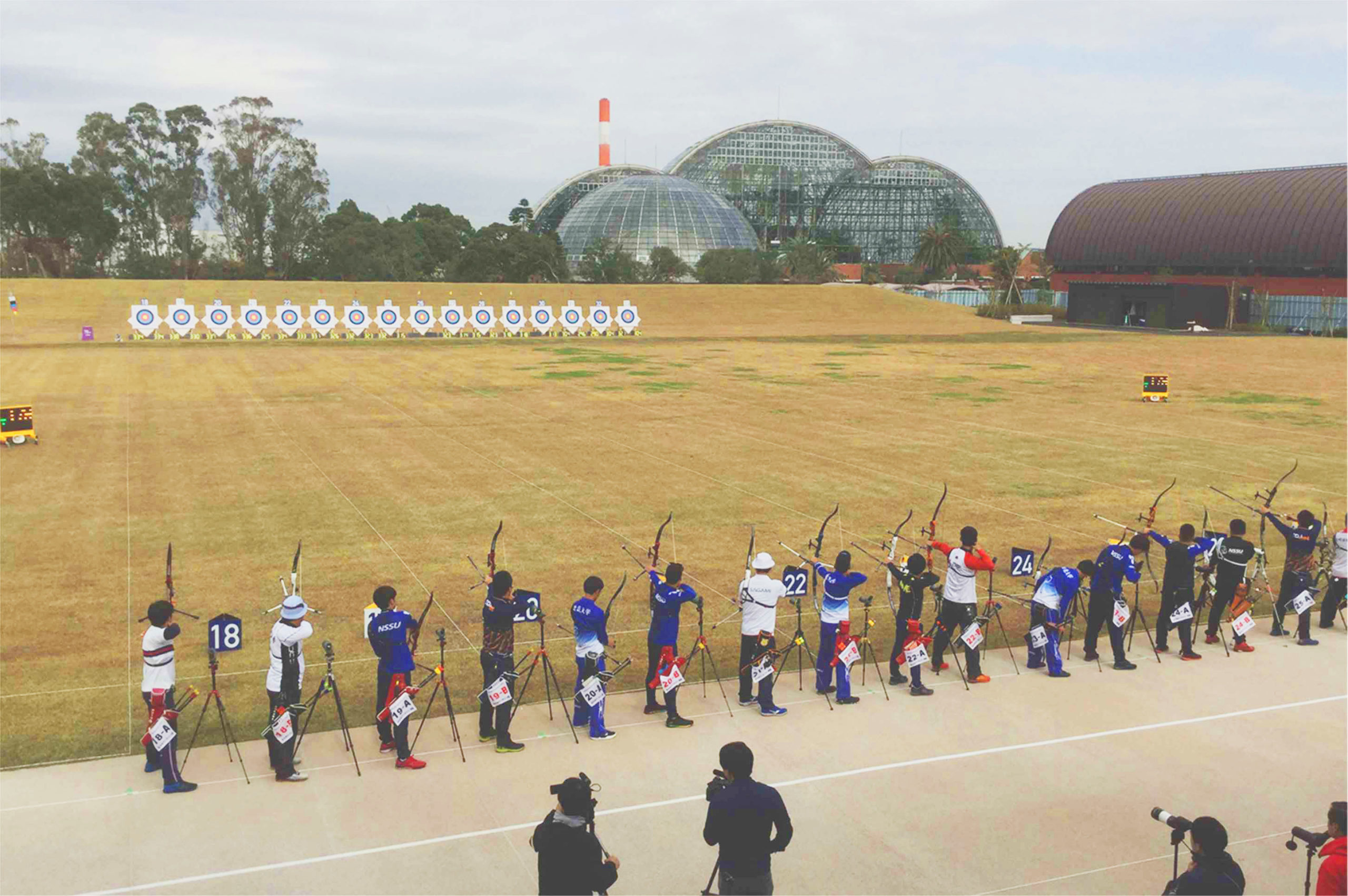 The Yumenoshima Park Archery Field is located in Koto Ward, Tokyo, and was used as the qualifying and practice venue for archery at the Olympic and Paralympic Games Tokyo 2020. It can be used not only for archery tournaments but also as a venue for touch rugby, flying disc, and other practical classes. When there are no sporting events, the field is open to the public as a grass field and is also a barrier-free sporting facility that is accessible to all.

The Oi Hockey Stadium has a main pitch and a sub-pitch. It is located in Oi Central Seaside Park, one of the best sports parks in Tokyo, which straddles Shinagawa and Ota wards. It was opened in 2019 as the hockey venue for the Olympic Games Tokyo 2020. Short pile artificial grass is maintained at the main pitch and sub-pitch, which are used not only for hockey but also for various other activities. Both the main pitch and the sub-pitch are designed to be accessible to all and are equipped with seats and toilets for wheelchair users.