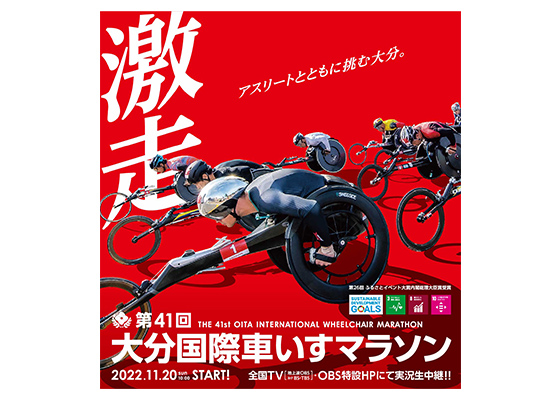 Since its founding in 1981, The Oita International Wheelchair Marathon (OIWM) - the world's first international marathon exclusively for wheelchair runners - has attracted talented para athletes from all over the world. On November 20th, the OIWM will hold its 41st annual marathon, bringing a global collective of competitors and spectators to Oita. To help OIWM runners and supporters traveling in make the most of their time in Oita, we’ve compiled a list of popular sightseeing destinations in and around the city. For visitors looking to take advantage of Oita’s easy access to Tokyo (only a short hour and a half plane ride away), we’ve included some Tokyo-based locations and activities popular with tourists looking to explore Japan’s capital city. 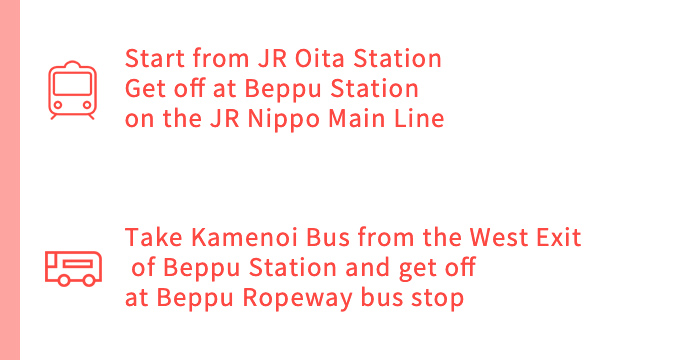 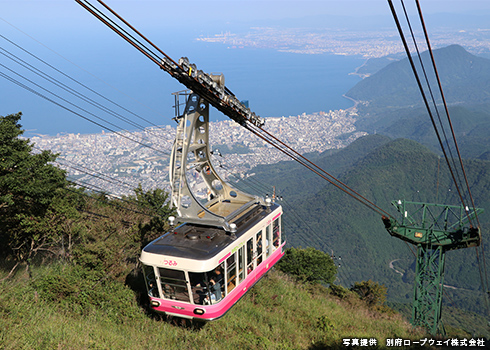 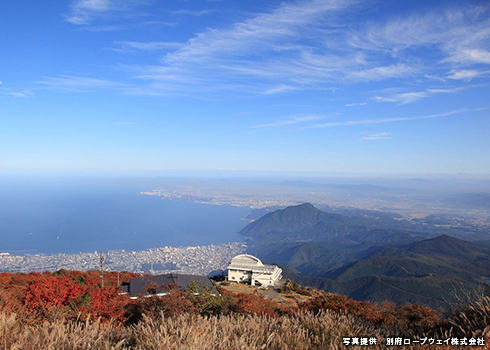 For a panoramic view of the Oita Prefecture on the beautiful island of Oita, the Beppu Ropeway is the place to go. From the foot of the 1,375-meter Tsurumidake Mountain, passengers can board a 101-seat ropeway trolley from Beppu Kogen Station at the mountain’s base to Tsurumi Sanjo Station, located at the summit, in only 10 minutes. Once at the top, visitors can enjoy a magnificent view of Beppu City, Beppu Bay, and the vast Kujyu Mountain Range. With each season, the scenery on and around Tsurumidake changes from season to season. From the springtime sprawl of cherry blossoms in full bloom, to the silverscape of fog and ice that covers the area during winter months, sightseeing at the Beppu Ropeway and Tsurumidake Mountain is a truly unique and exhilarating experience. In late November, when the Oita International Wheelchair Marathon is held, visitors can enjoy the autumn leaves. 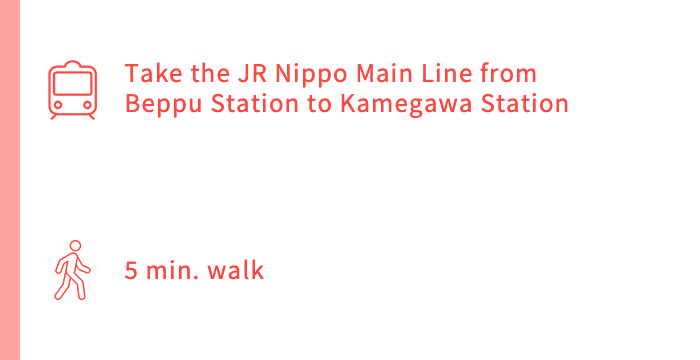 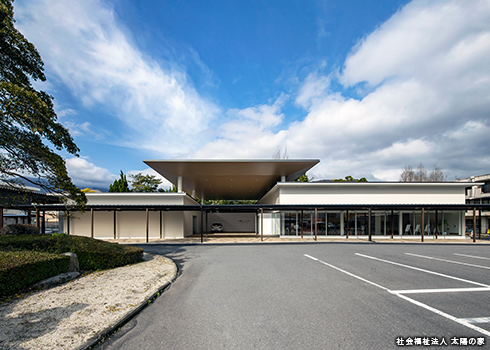 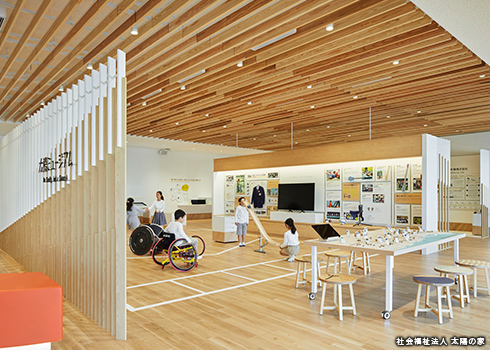 Interactive museum founded in the birthplace of the Paralympic Movement.

Dr. Yutaka Nakamura is known as the ‘Father of the Paralympic Movement’ in Japan and a proud proponent of the Oita International Wheelchair Marathon. The Taiyo Museum was established to tell Dr. Nakamura’s story and to convey the spirit of his staple slogan, “Not Charity – a Chance!” In addition to exhibits showcasing the technology and medical advancements designed to assist physically disabled athletes and individuals, the museum features an interactive exhibit where visitors can try their hands at para-athletics, such as long-distance wheelchair sports and boccia. This facility serves to give visitors an inside look – and firsthand opportunity to experience- into a day in the lives of people with disabilities. As they depart, the museum challenges visitors to consider a barrier-free society in a space designed to be universally accessible to everyone – able-bodied and disabled persons alike. 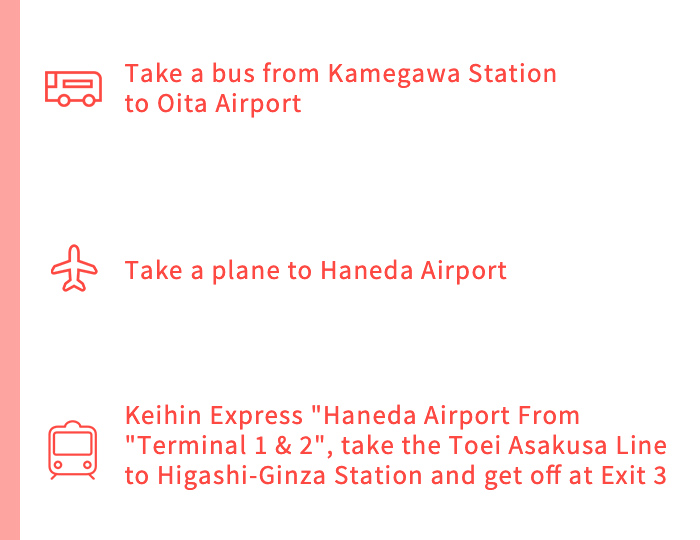 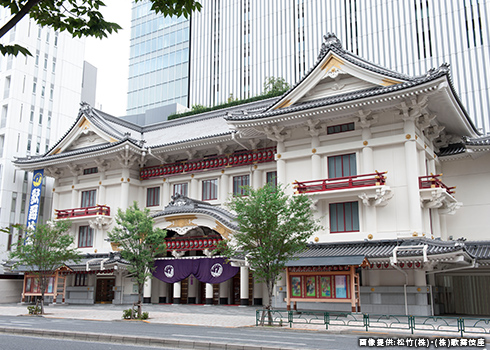 A Kabuki Hall of Fame where even beginners can have fun

Visitors who choose to expand their journey to cover the world-renowned Japanese capital city, Tokyo, won’t want to miss the chance to visit the Kabukiza Theatre. Established in 1889 in Ginza, Tokyo, the theater serves as the hall of fame for Kabuki, a traditional Japanese performance art that’s been a vibrant part of Japanese culture for 130 years. Visitors will have the opportunity to visit the Theater’s newest building, opened in 2013, which features a traditional Japanese-style design and an atmosphere that evokes rich history and tradition. The theater offers Single Act Tickets on the day of the performance, and English supporting guides (captioning device service) is available to help you better understand the lines and content of the play and enjoy it more. Kabuki goods and unique Japanese snacks and sweets make ideal souvenirs and can be purchased at the “Kobikicho Plaza,”which is located on the bottom floor of the theater and is open every day – even when the theater is closed. 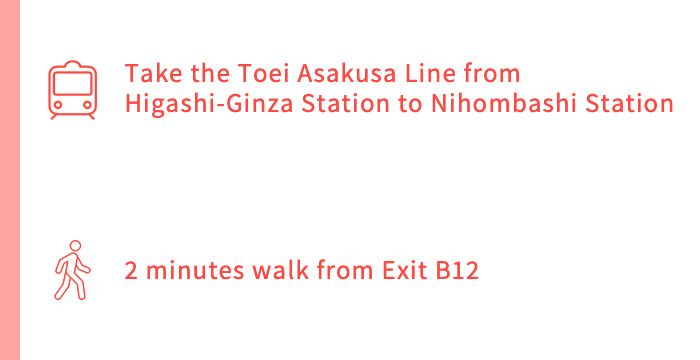 The most famous bridge symbolizing Edo

The Nihonbashi Bridge has flourished as a commercial and cultural center since the Edo period of 1603-1868. The “Nihonbashi,” from which the place takes its name, was built in 1630, when historic figure and founder of the first shogūn, Tokugawa leyasu, established the Tokugawa shogunate. Designated as the starting point for transportation across the shogunate, the bridge serves as a symbol for commerce and an important means of connecting people and goods throughout Tokyo. The present bridge, built in 1911, is designated as a National Important Cultural Property. As for its origins, the bridge takes its name from the business district of Chūō, Tokyo, “Nihonbashi.” The bridge’s name was famously etched into the bridge’s pillars by Yoshinobu Tokugawa, the last shogun of the Edo Shogunate. Above the bridge, in the center of the parapet, a winged kylin statue representing a leaping dragon watches over passersby. Below, the river flows – the same today as it did in the Edo period centuries ago – carrying boats coming and going on their journeys through Tokyo. 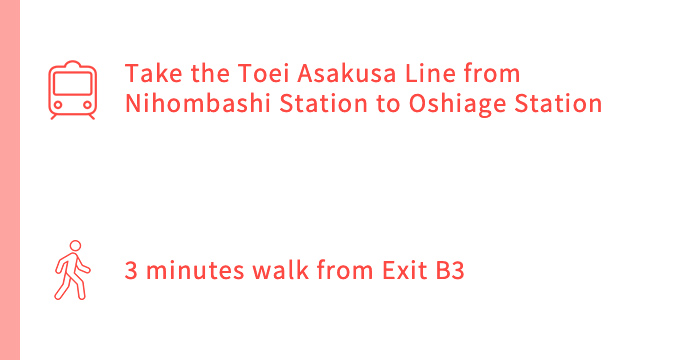 An attractive landmark in both view and appearance

TOKYO SKYTREE is a popular sightseeing spot and visiting tourist must-see. Standing at 634 meters high, TOKYO SKYTREE is the tallest freestanding radio tower in the world. Visitors can stand on the TOKYO SKYTREE TEMBO DECK and take in panoramic views of the cityscape below. After soaking in the incredible views, sightseers can dine high above Tokyo at one of the host of restaurants and cafes located atop TOKYO SKYTREE. Whether suspended above glistening buildings in the clouds on a sunny day, or floating in the night sky looking down on the bright lights that cover Japan’s staple city, viewers will enjoy a vision of Tokyo that’s positively unmatched.

Experience, learn, and play in the Odaiba area

Enjoy the views of Tokyo from the sea, ground, and sky