Narumi Sakabe: A Model for Both Japan’s “On” and “Off” Culture

Narumi Sakabe: A Model for Both Japan’s “On” and “Off” Culture 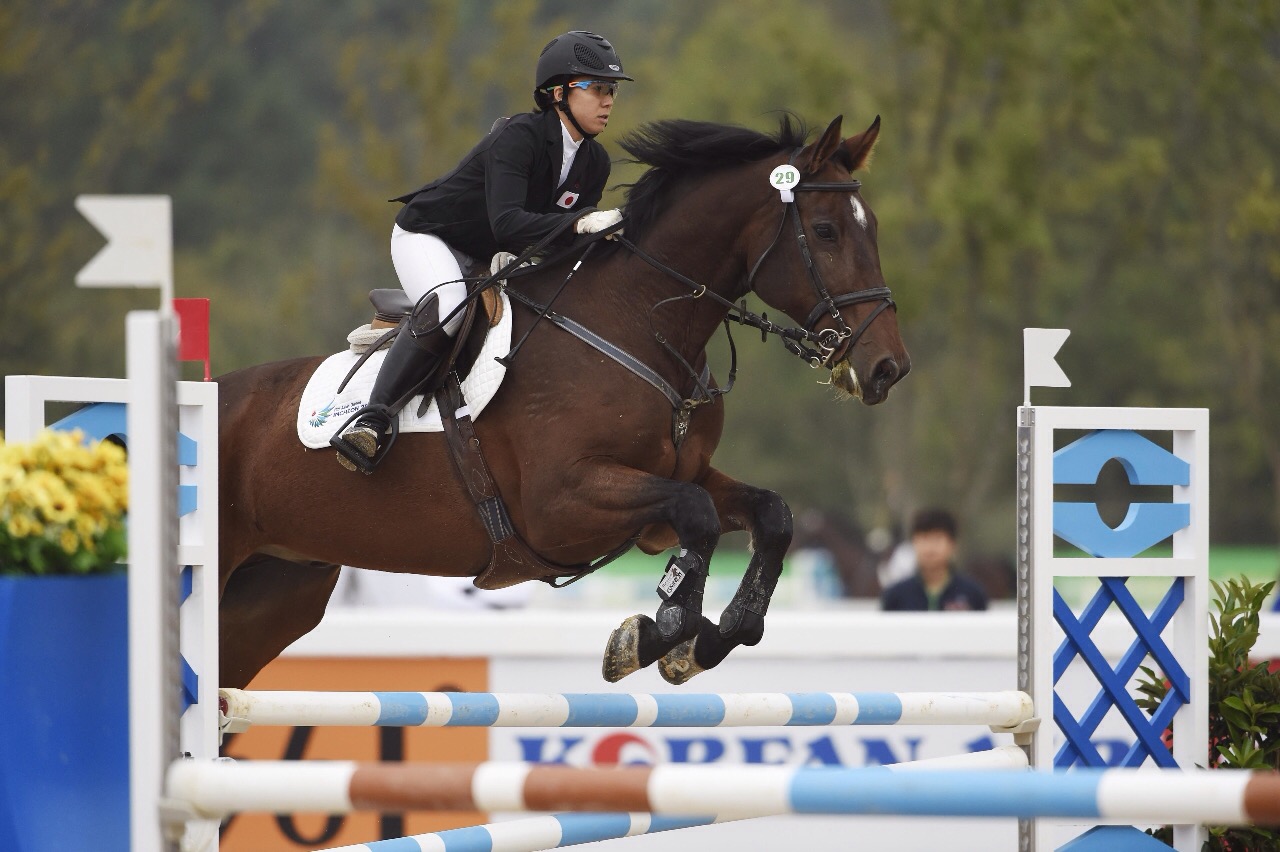 Narumi Sakabe (Kurosu before marriage), was one of the leading Japanese modern pentathletes in her competing days. With numerous accolades in competitions around the world, she would become the first Japanese woman in modern pentathlon to compete in the London Olympics, despite the myriad obstacles that stood in her way.

As if pentathlon being a space-demanding and largely unpopular sport in Japan wasn't enough to make her quest difficult, her essential training facilities were also rendered unusable after the 2011 Tohoku earthquake. She recounted to us how, post-disaster, she was checking her email with only 10% battery left in her phone (couldn't charge during the blackout!), when she saw a concerned email from a Korean coach she knew through competition. She told him of her plight, and not five days later was on her way to Busan, Korea to continue her Olympic training with a new and welcoming team.

Now retired from competition, and mother to a healthy baby girl, Sakabe-san was happy to join us for a fun interview on her thoughts on competing in a very international sport, as well as ways she likes to unwind and enjoy herself in Japan. 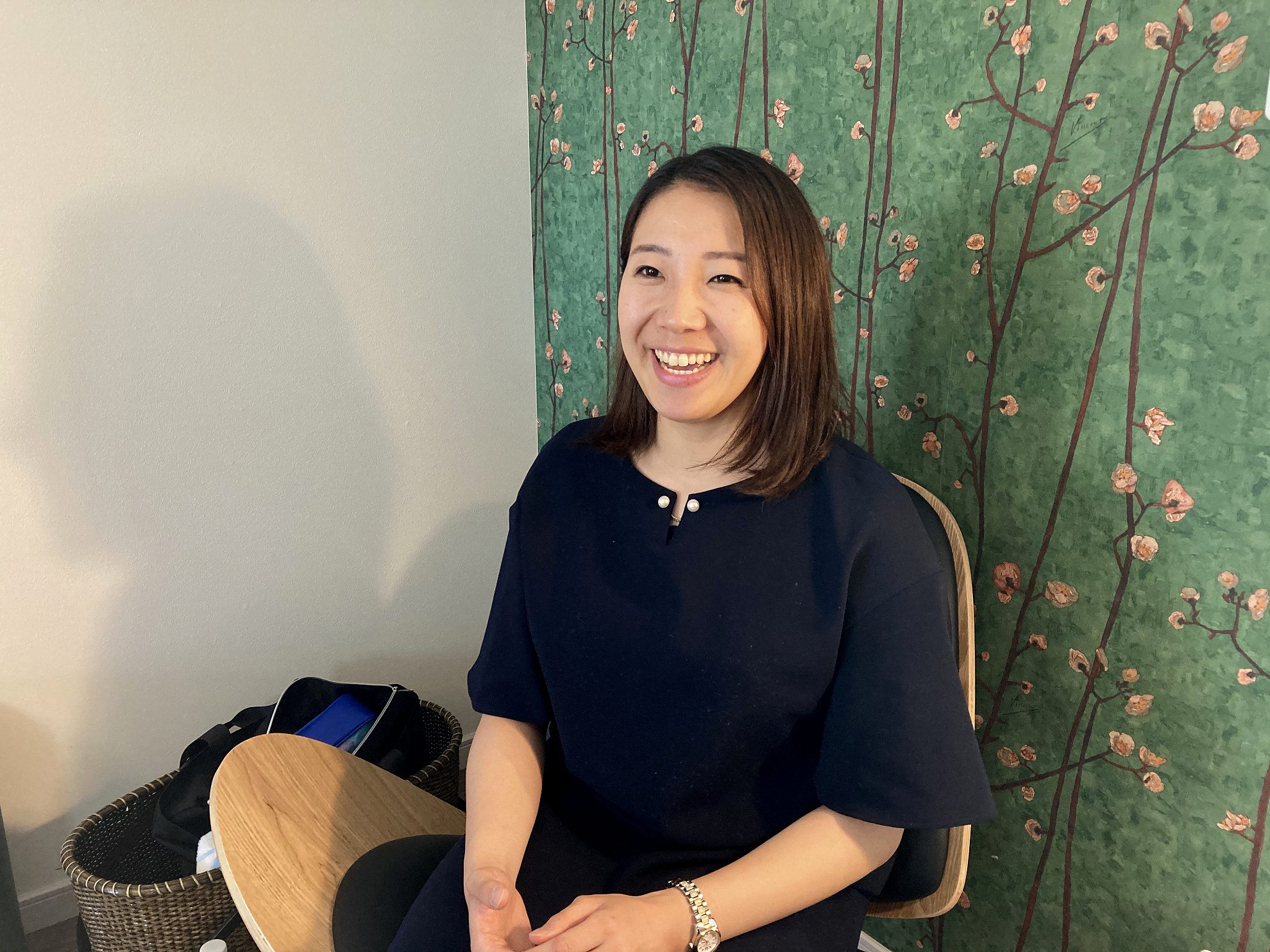 Modern Pentathlon: A Show of Peak Performance
With swimming, running, equestrian, fencing, and shooting, modern pentathlon demands not only extreme fitness, but diversity when it comes to your skill sets. The decathlon and pentathlon were originally events that displayed skills soldiers would need to be successful in battle: run to battle, fight, and moreover return to your encampment. Since you can’t be lopsided in your skills, you need to be dedicated to improve all around, and overcome areas where you may lack natural affinity.

Sakabe-san told us that in her opinion, given that she understands how hard it is, the top competitors in pentathlon are some of the strongest in the world. You would think that you need to be “on” at all times, right?

“On and Off”, and What Mentality You Bring to a Sport
For Japanese athletes, the competition is a time of absolute focus, of absolute “on”, to the extent that they do not want to even talk to anyone on the day of the event.
In Sakabe-san’s experience in Europe, where pentathlon’s popularity is much higher than Japan’s, she noticed that this was not the case with many international athletes.

There was a lot more “high-fives”, mutual encouragement, and general enjoyment of the sport for sport’s sake. She said she was impressed by the way many of these athletes could “carry” their minds into competition, and not let pressure to perform overcome them; even have a drink or two the night before the event! She mused that an overly focused athlete (in her experience, a Japanese athlete) may make less small mistakes, but risk a critical one. Whereas a more relaxed athlete could be rough around the edges, but perform better overall.

Most people will agree however, Sakabe-san too, that balance is always the best approach. That being said however, there seems to be a more extreme “on” and “off” distinction in Japan, and it’s not uncommon to see the “hyper-focus” toward work and sports suddenly morph into fun and relaxation when the time is right.

Sakabe-san’s Recommendations for Your “Off” Time in Japan:
While Japan gets pinned for being furiously dedicated like “samurai”, Sakabe-san was very much encouraged to enjoy her off days with hobbies and relaxation while she was competing. A long time joy of hers, she loves seeing Mt. Fuji from a distance, and letting the majesty and serenity put her mind at peace. In the same vein of spiritual relaxation, she enjoys traveling to different shrines in Tokyo, or to more distant ones such as Ise Grand Shrine. She also looks forward to stamping her travel book with the large ink stamp (Goshuin stamp in Japanese) they have for visitors at many shrines.

Delicious food and drinks are an indulgence of hers, and now being out of competition, she can partake in the latter a bit more. “Sake-meguri” is something she enjoys, which is a like a “sake-tour” of various breweries or shops in a specific area, letting you compare the distinct flavors. Another favorite of hers in the Japanese “izakaya” style pubs. During her extensive time in Europe competing in pentathlon, she never quite satisfied her yearning for these. At an izakaya, you can order from a huge menu of food and drinks, and everyone can have exactly what they want, whether there are meat eaters, vegetarians, drinkers or non-drinkers. In fact, for a diverse group with different tastes or diets, an izakaya is the only way to go.

If you’re visiting between late spring and early fall, Japan can be quite humid! And if you’re out and about being active, and moreover drinking alcohol, don’t forget the one thing Sakabe-san always recommends to her international friends: Japanese sports drinks! Either at the convenience store in bottles, or from a drug store in powder packs, it’s important to stay hydrated whether we’re athletes, or just out to have a good time!