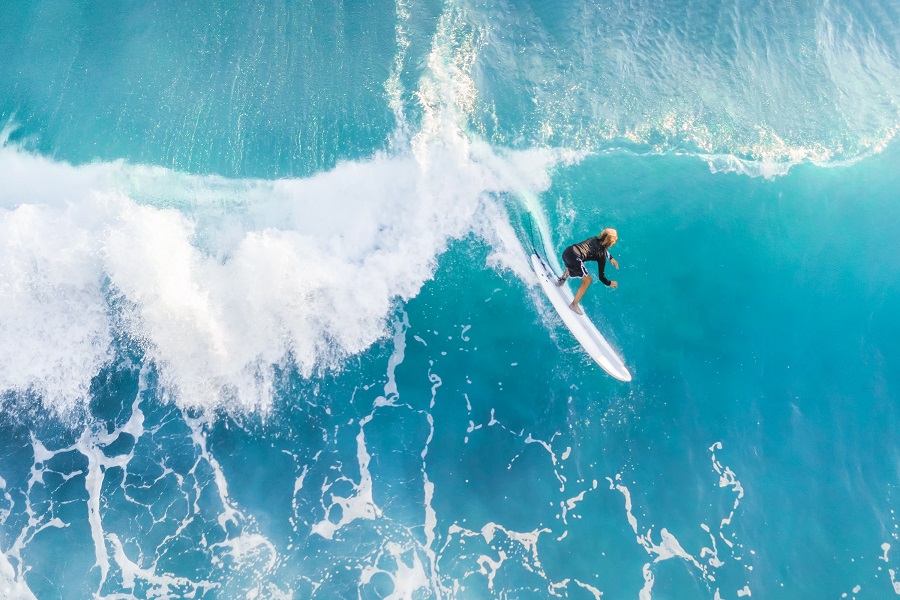 Today, in the second part of a seven-part series highlighting some of the events of this year's Tokyo Summer Games and Para-Sports Games, we focus on Surfing, an exciting new addition to the Games!

Traditionally considered to have originated with Polynesians, surfing has come a long way.
At the 1912 Stockholm Games and the 1920 Antwerp Games, Duke Kahanamoku from Hawaii, represented Team USA in swimming and won the gold. He is considered to be the father of modern surfing, and shared his dream that one day surfing would become an official sport of the Games.
Starting with the Tokyo Summer Games, surfing has been included as an official sport of the Games, and we couldn’t be more excited! Legend has it that the best surfers were awarded the title of tribal chieftain. Now, the best will be awarded with a gold medal. Surfing is popular in Oceania, but athletes from South Africa, Australia and the USA are dominant players. 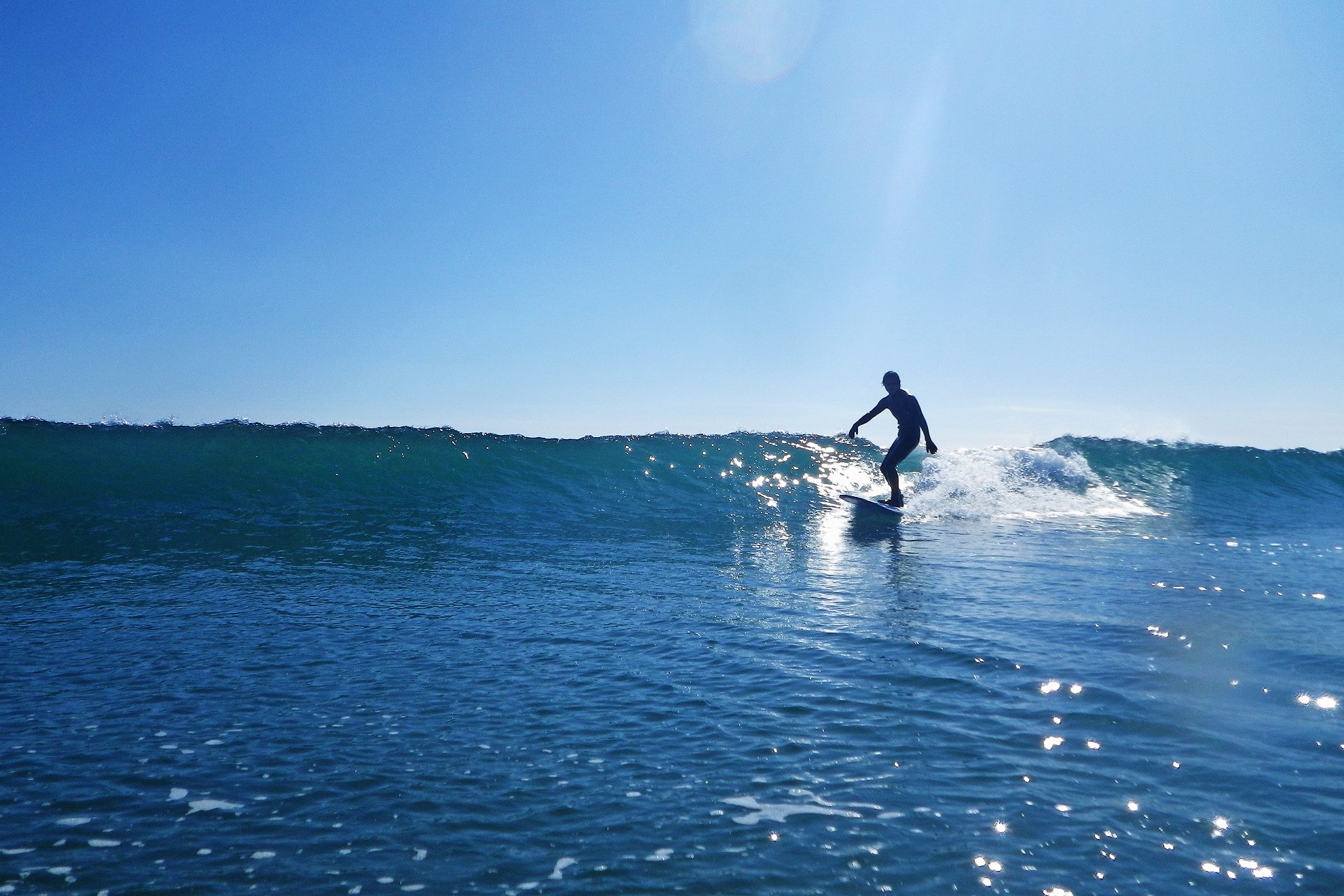 A highly anticipated addition to the Games, Surfing brings speed, power and flow to a 30-minute heat, wherein athletes create a score based on their two best performances, out of a maximum of 25 attempts. As the surfing competition will be held in the ocean at Tsurigasaki Surfing Beach, athletes will need not only to demonstrate their mastery of various maneuvers, but also read the ever-changing conditions of the waves, wind and currents in this natural environment, and adjust their performances accordingly. We’re looking forward to watching this dynamic sport unfold on one of the largest crescent shaped beaches of Japan.

Located on the eastern shore of the Bōsō Peninsula, Tsurigasaki Surfing Beach will host one of the few events in the Summer Games that depend directly on the power and beauty of nature. And the Bōsō Peninsula has more natural beauty for visitors to enjoy! 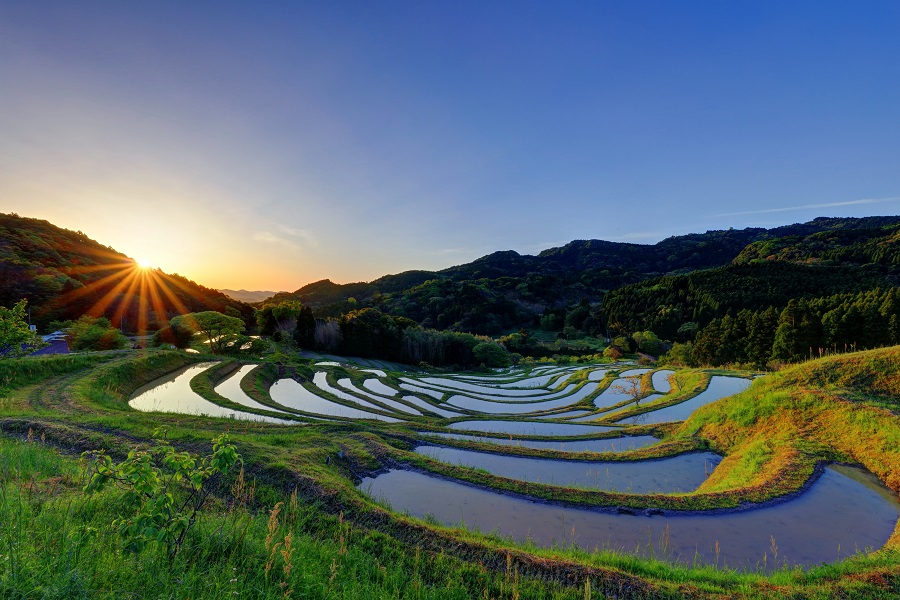 The Oyama Senmaida Rice Terrace offers a quiet, calming experience as you gaze over the terraced rice paddies that have been cultivated and shaped along the natural curvature of the mountainous area north of Tsurigasaki Surfing Beach.

Head to the southwest side of the Bōsō Peninsula and visit Mt. Nokogiri, named for its resemblance to the traditional Japanese saw with the same name. From the main lookout point at the mountaintop, the breathtaking view will surprise you! You’ll also find one of the largest Buddha statues in Japan, carved from the mountainside granite.

Head due east from Mt. Nokogiri for about an hour by car, and you’ll find yourself at one of the most magical and romantic spots in Japan, Kameiwa Cave. Almost like from a myth, around the spring and autumn equinoxes, the morning light shines through Kameiwa Cave and forms an image of a shining heart in the reflection on the water! Even during the rest of the year, you’re sure to find that the lush green surroundings create an enchanting experience whether it’s fireflies at night, or the reds leaves of autumn in beautiful contrast to the lush greens.

And connecting many of these locations are the Kominato and Isumi Railway Lines. Take a ride on these lines for a nostalgic trip through history. From the vintage stock cars, you’ll see, or have quick access to natural wonders like the Chibanian Strata, the stunning beauty of the Yoro Valley and other scenes that seem to have leapt to life from an anime.

The nature of the Bōsō Peninsula offers beautiful and exciting spots for both sports such as surfing, and for sightseeing of all kinds. You’ll be happy you took the time to explore the Bōsō Peninsula in addition to cheering on the surfers at the Summer Games.