Slalom, a sport where you can feel at one with nature

Canoe slalom is a challenge in the rapids that uses paddles to maneuver the boat. It's a sport that showcases speed and skill, and YAZAWA Aki, who has represented Japan in two consecutive Olympic Games, in Rio and Tokyo 2020 Games has both in spades.

In celebration of her efforts in Tokyo, we spoke to Aki Yazawa about her canoe slalom career and also asked her about the sightseeing spots in Tokyo that she recommends.

The Tenryu River, rich in natural beauty, the origin of Yazawa’s career 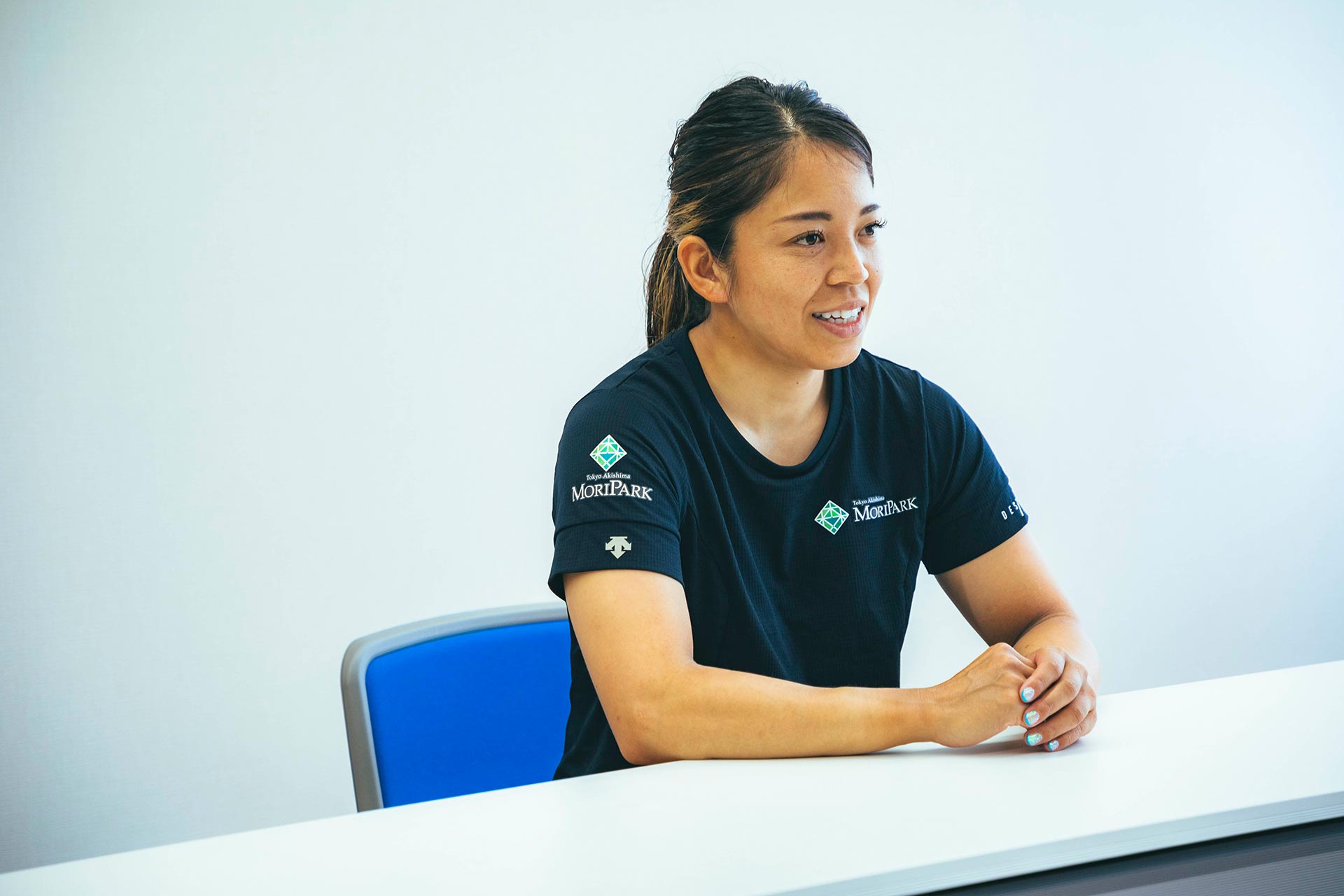 Yazawa began canoeing when she was in the third grade of elementary school. Inspired by her older brother, had started canoeing under their father’s guidance. “I said, I want to try canoeing, too!” explains Yazawa.

Yazawa was born and raised in Iida City, Nagano Prefecture. The upper reaches of the Tenryu River, which flows through the city, is a scenic spot with a magnificent view of huge rocks rising on both banks. A long-term training spot for Yazawa, it’s also, unsurprisingly, popular for rafting and boat tours.

Yazawa explains her affinity for the river with great fondness. “There are places where the current is gentle, but there are also rocky areas with rapids that make you wonder, ‘can I go down here?’” She explains, “The most attractive thing about the Tenryu River for me was that I could challenge the varied currents created by nature.”

“The view from the surface of the water was different from what I was used to. Fish swimming in the river and birds hunting them. The sheer cliffs are even more powerful when viewed from the water, and the cherry blossoms in the spring, the autumn leaves in the fall, and the snowy landscape in the winter are fresh and new in every season.”

Tokyo Olympics: Overflowing with joy even without spectators 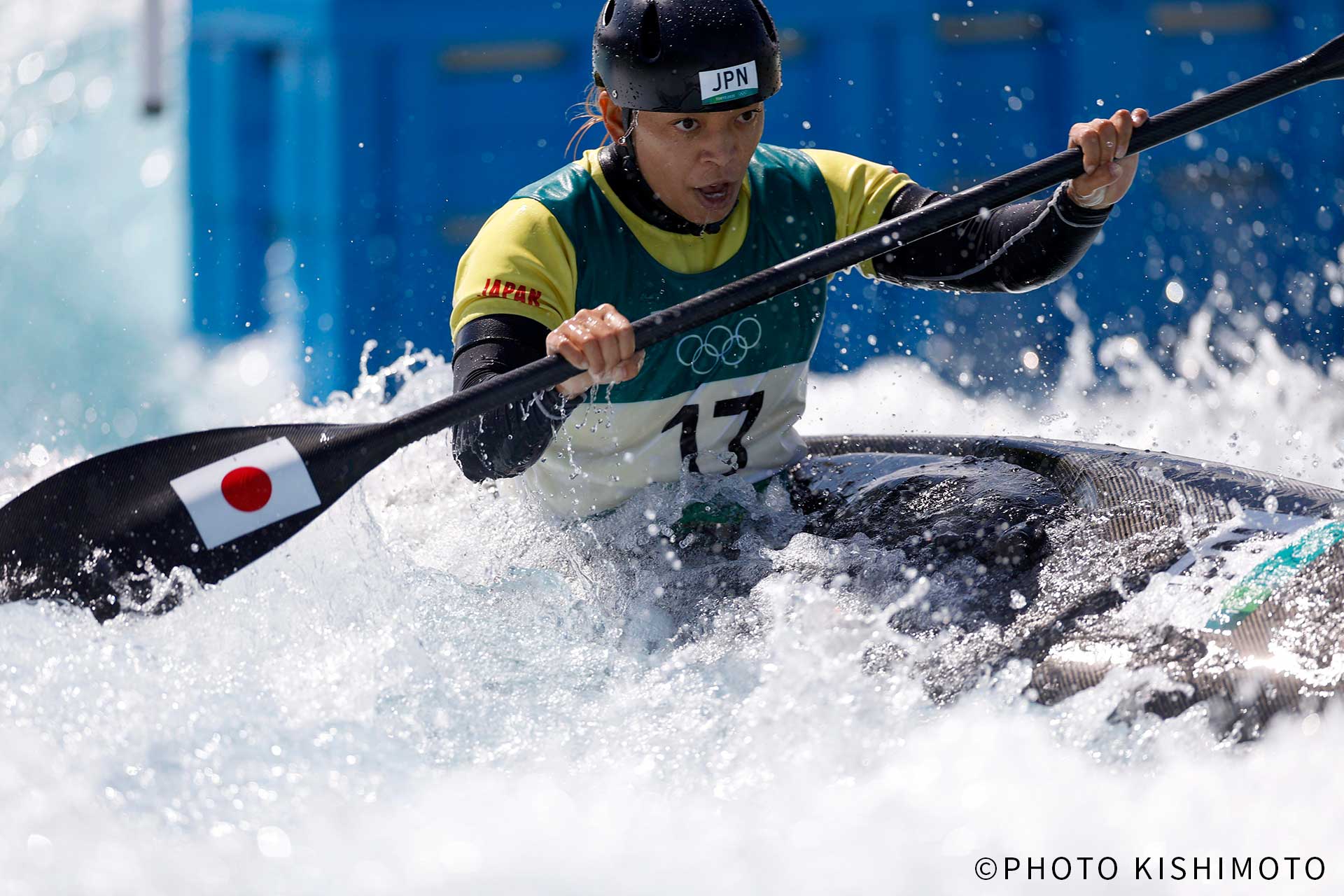 Slalom is a competition of skill and speed in passing through gates set up on the course. Before the start of the competition, the rowers must first, however, consider the line of the entire course, the angle at which they will enter each gate, and how they will go around each gate.

When it comes time to start paddling, the water flow and waves are not constant, so the competitors must make split-second decisions to maneuver their paddles and pass through the gates. Every moment, every move, every reaction, and every paddle movement makes a difference of one-tenth of a second, similar to alpine skiing.

Tokyo 2020: Games of the XXXII Olympiad was Yazawa’s second consecutive Olympic appearance, so we wanted to know about her impression.

“I was aiming to advance to the finals, but I lost in the semifinals, and it was a frustrating result. Now that the Games are over, I am grateful to have made it to the big stage with the support of so many people, and I feel like I have made a fresh start.” She explains.

Although the Olympics were unprecedented in that there were no spectators, the atmosphere was enlivened by the announcements at the venues, and the volunteers at the entrances to the stadiums worked hard to welcome and see off the spectators. The atmosphere was brightened by the morning glory flowers planted by local elementary school students. I think many athletes were encouraged by the cheerful blooming morning glories.

Canoeing in the city and suburbs 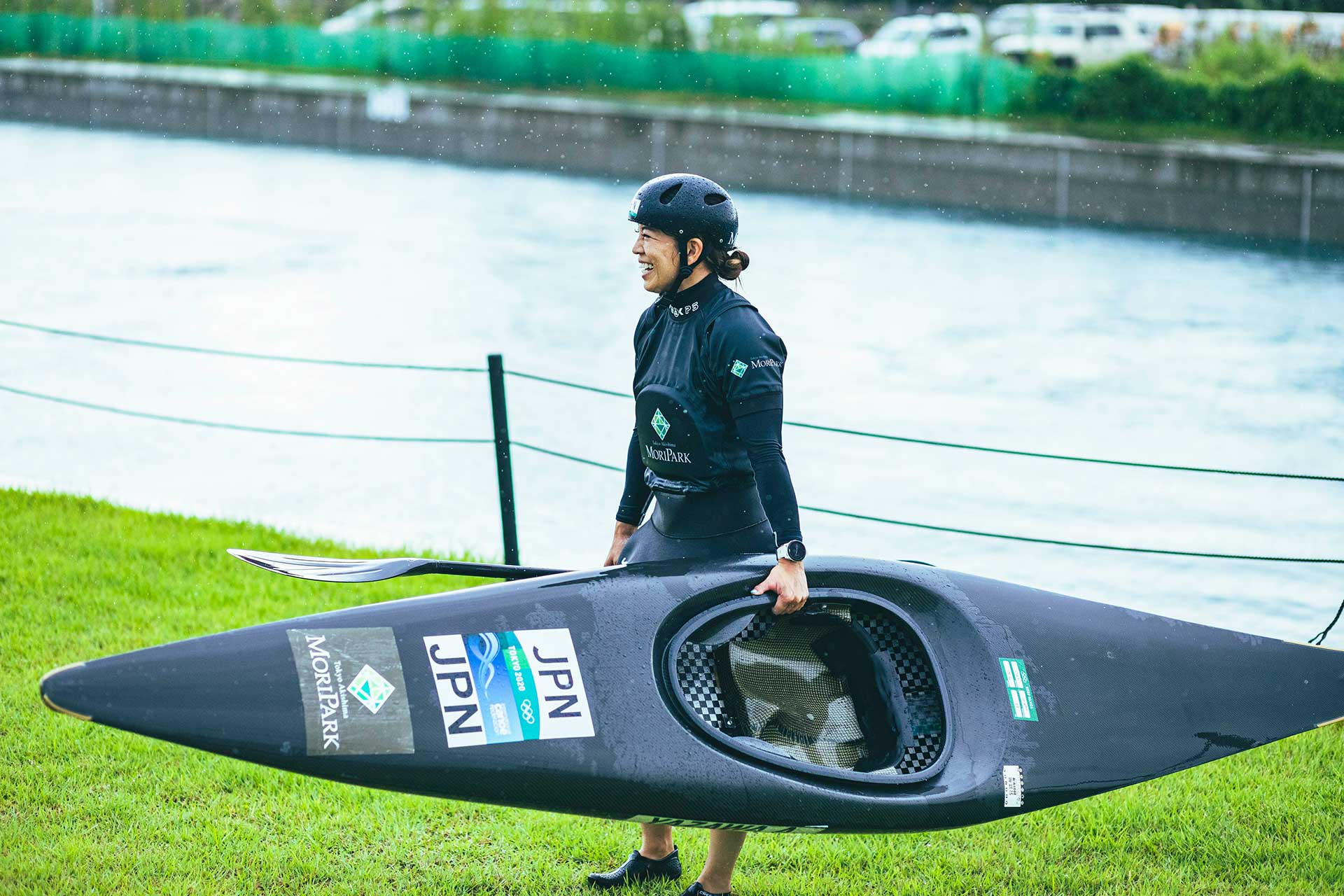 Canoe Slalom Center, the site of the Tokyo 2020 Olympic Games competition, is a must-visit destination for canoe fans, says Yazawa. “This is Japan’s first man-made slalom course, where visitors can enjoy water activities throughout the year and casually try canoeing and rafting in the summer. Many families come to the center because it is adjacent to Kasai Rinkai Park, which has one of the best aquariums in Japan and the Giant Ferris Wheel. It is also close to Haneda Airport, so canoeing under the airplanes flying overhead is very city-like and gives you a taste of what Tokyo is all about.”

If you go to the suburbs, you can also enjoy canoeing in locations far lusher, says Yazawa. “In Okutama, a 90-minute train ride from central Tokyo, you can canoe on lakes flanked by forests. MORI PARK in Akishima City, Tokyo, has facilities where you can experience various outdoor activities. Depending on the time of year, they hold events like canoeing indoors, and I’ve also given demonstrations and special lessons as a guest. There is also a climbing wall on the expansive grounds, so if you like sports and the outdoors, this is definitely a place to visit.” 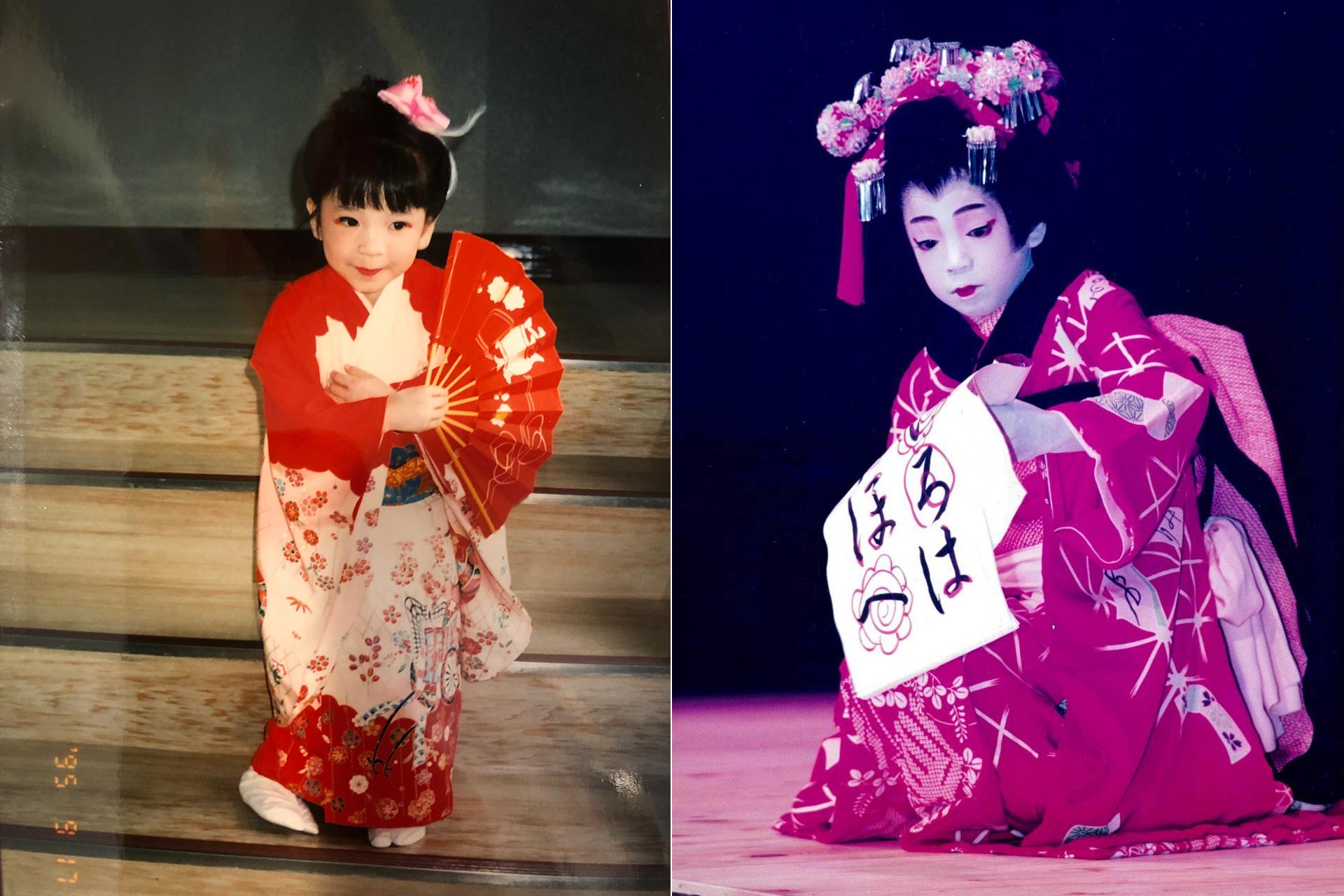 Yazawa, who is also a master dancer, says, “I have been dancing longer than I have been canoeing, but it’s all connected. Canoeing is ‘movement,’ and Japanese dance is ‘stillness.’ They are opposing worlds, but for me, they are very useful in balancing my body and mind. For example, when I want to focus my mind on a canoeing competition, I practice Japanese dance to calm my mind. The supple dance movements using my torso also help me to use my lower body with stability in canoeing.”

“When I first went to Asakusa from Nagano to get a wig for the stage when I was in junior high school, I was so excited to see the rows of stores filled with the atmosphere of Edo, including a long-established fan shop. Asakusa is where the good old Japanese culture is rooted.”

“In addition to dream of being a world-class canoeist, I have a dream of performing on the stage of the Asakusa Public Hall,” confesses Yazawa, “where many performances of traditional Japanese dance are held. In Tokyo, there are many places where you can enjoy traditional Japanese culture, the seasonal beauty of the city, and a variety of outdoor sports.”

She competed in the Olympics in Rio de Janeiro in 2016, followed by the Tokyo 2020 Olympic Games in the canoe slalom women's kayak single. In addition to canoeing, she has also practiced Japanese dance since childhood.