MINOBE Kazuyasu quickly became the man of the moment when he took center stage at the Tokyo 2020 Olympics, captaining the team fencing men's épée, taking out the country's first gold medal in the competition.

A proud representative for the future of the sport in Japan, and a clear leader, Minobe also took up the role of flag bearer at the closing ceremony of the Paralympic Games, which concluded the Tokyo 2020 Games.

Following the whirlwind Olympic experience we took some time to talk with Minobe about his best memories of the Games and his highlights of sightseeing in Tokyo while visiting the Olympic Stadium.

A Momentary Game of Skill and Psychology

Minobe is a man of many interests and not one to shy away from a challenge. Before taking up fencing in high school, he tried his hand at karate in elementary school, and in junior high school, he was part of the volleyball team.

“I was always good at sports,” he explains, “so my father recommended I tried fencing when I was looking for a sport in which that would keep me active and engaged in high school and college.”

“My father had some experience fencing, and we had a sword at home, so it felt like a natural fit. I immediately became interested in the sport and joined a strong fencing school in my hometown for high school.”

Fencing has three events: fleuret, sabre, and epee, the latter of which is Minobe’s event of choice. Popular in Europe, where fencing originated, epee is the most widely engaged form of fencing.

“In epee, points are awarded for any body part, from head to toe,” explains Minobe. “If both fencers poke each other simultaneously, they both receive points, keeping competitors on their toes and ensuring a fast-paced competition.”

The game is decided in a split second, as the two players face each other one-on-one with swords in their hands and play games. Along with the techniques, there is a lot of psychological warfare, so in my mind it is just like martial arts.” 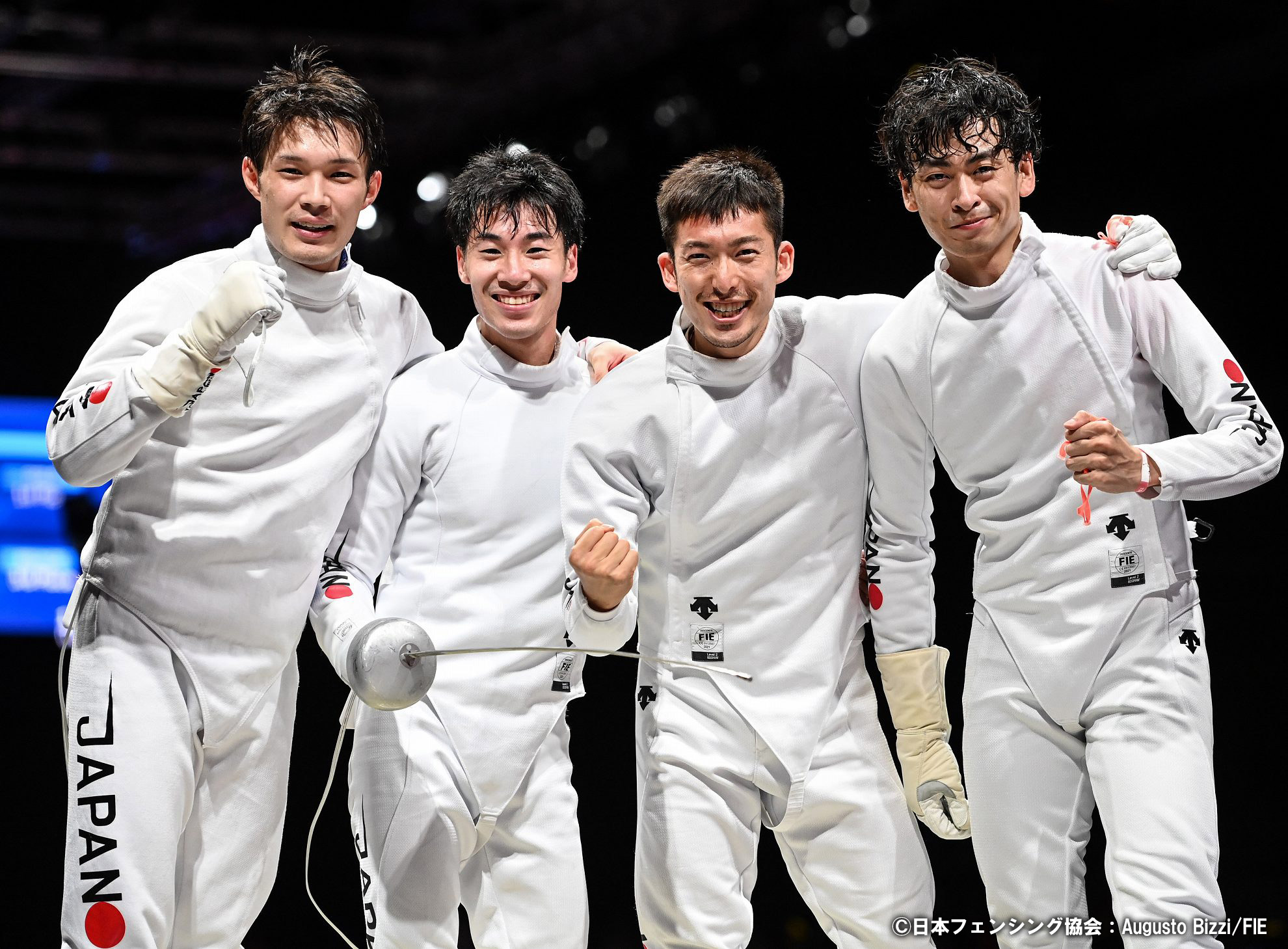 Minobe has enjoyed success as one of the country’s leading fencers, having also reached the No. 1 global ranking in the 2018-19 season.

So what was going through his head going into the Tokyo Olympics?

“I didn’t compete in the finals, but I was on the bench with my uniform and gloves on. I was feeling as much part of the competition as the competing players,” he says about his role as Olympic team caption.

“In the end, it was a close match, but Kano came out on top. I was filled with emotion. We all hugged each other on the piste and said, ‘we really just won gold at the Olympics!’ It was surreal.”

Making change one year on since the Tokyo 2020 Olympic Games. 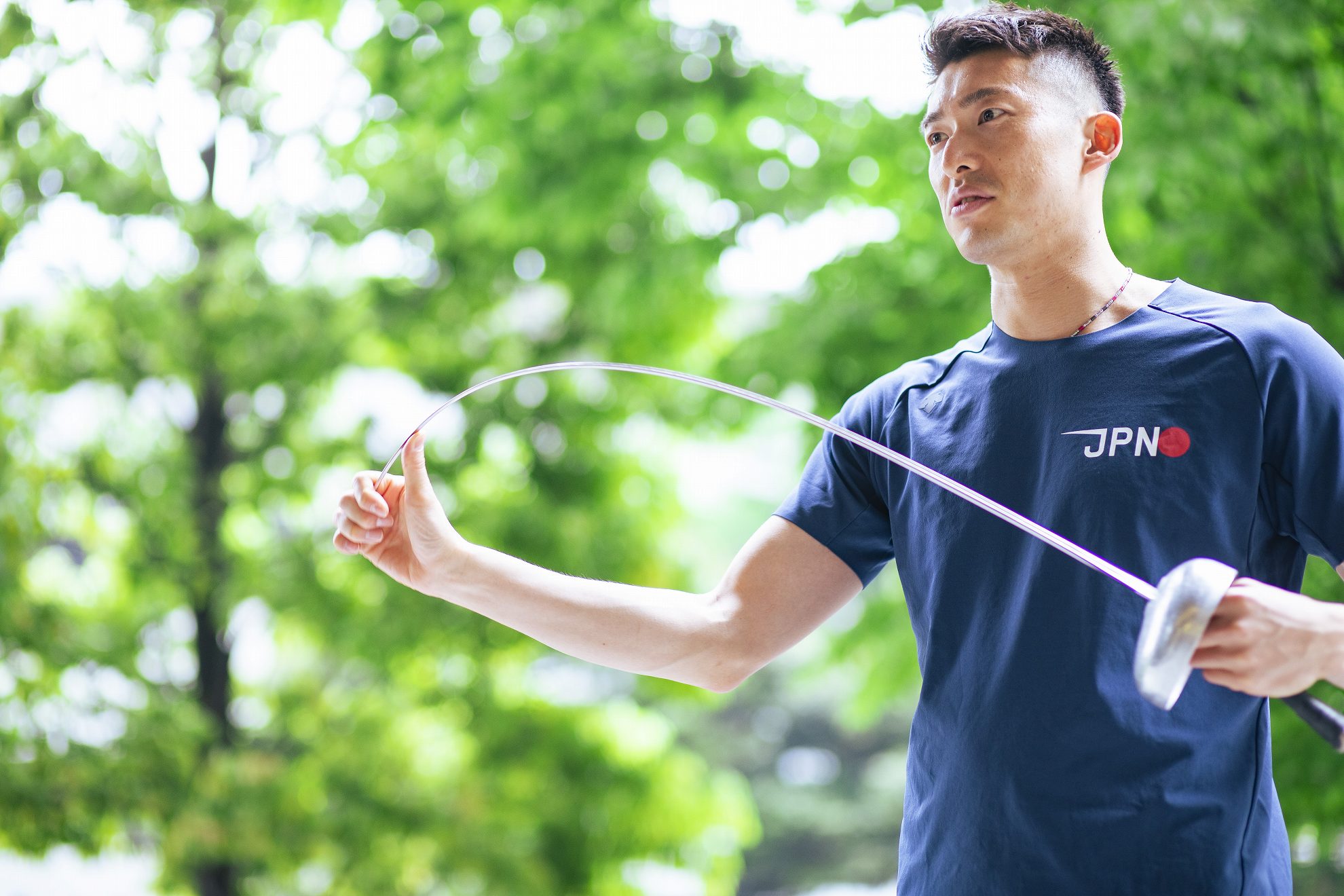 When Minobe speaks about the National Stadium, the home of the 2020 Tokyo Olympics, you can hear the nostalgia in his voice.

“When I think back to that experience in this stadium, my heart still burns with excitement. From the burning flame of the Olympic torch to the burning desire to bring the gold-medal glory to Japan.”

After the Games, he launched the “Broken Sword Restoration Project” with the Japan Sports SDGs Association to address environmental issues through sports.

Typically fencing swords break after three to six months and are thrown away, ending up in landfill and creating waste.

“I saw that the broken swords have to be disposed of, but I always wondered if we could use them for something else. I came up with the idea of reusing them as knives, kitchen knives, medals, etc. As an athlete, it’s my mission not only to compete but also to do something useful for the earth and the environment. I feel lucky that my experience at the Olympics has given me a platform to do so.”

Enjoy the nature that decorates the city as you watch the games. 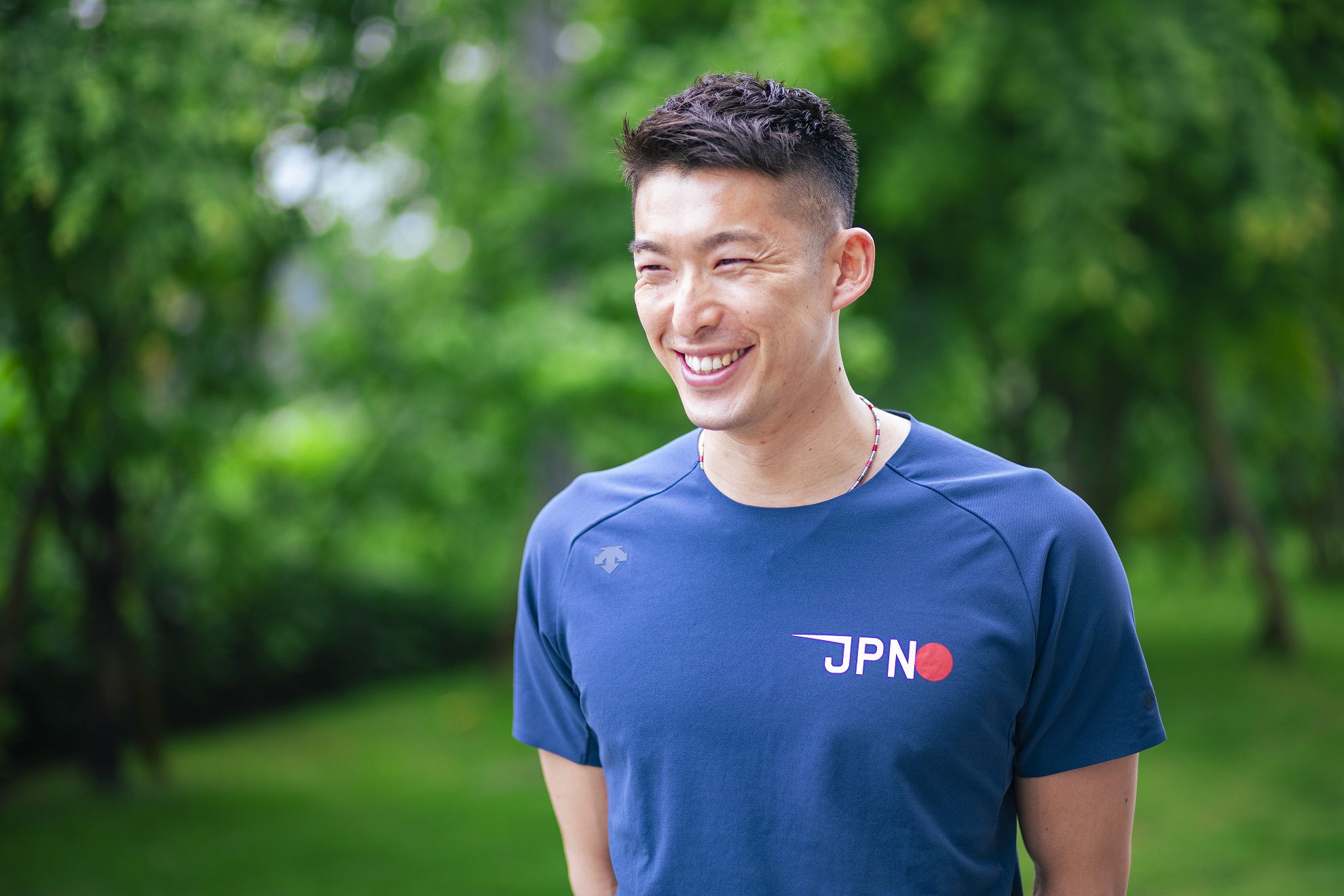 As travel resumes, it’s fair to say that travelers will again populate Tokyo and other cities in Japan. Minobe has one key message for those coming to explore everything this beautiful nation has to offer

“Many of the stadiums in Tokyo and other parts of Japan, including the National Stadium, are located in areas surrounded by nature, such as green trees. I think the appeal of watching sports in Japan is that you can enjoy the beauty of nature as it changes from season to season while enjoying watching world-class competitions,” he says.

“Many visitors from overseas may think that cherry blossom season is Japan’s most beautiful time of year. While it is stunning, I think autumn and winter are also excellent times to visit,” says Minobe.

“Winter is breathtaking in Tokyo, as the days are crisp and clear, and in early December, the yellow leaves of the ginkgo trees are so beautiful against the blue sky. Also, in midwinter, when all the leaves fall, the city is set alight with illuminations, crafting an atmosphere that’s nothing short of magical.”

“I believe,” he says, “that watching a fierce match will warm your heart, and the colors and nature of the city will brighten your spirit.”

＜Profile＞
MINOBE Kazuyasu
Born in Fukui Prefecture in 1987, Minobe started fencing when he entered high school. After entering university, he concentrated on epee, becoming the first Japanese to win the individual championship at the 2015 World Cup.

He was ranked No. 1 in the world in the 2018-19 season. He competed in the men's epee individual and team events at the Tokyo 2020 Olympics, where he captained the team and became the first Japanese gold medalist in fencing.