A Karate Session with a World Champion Karate Master 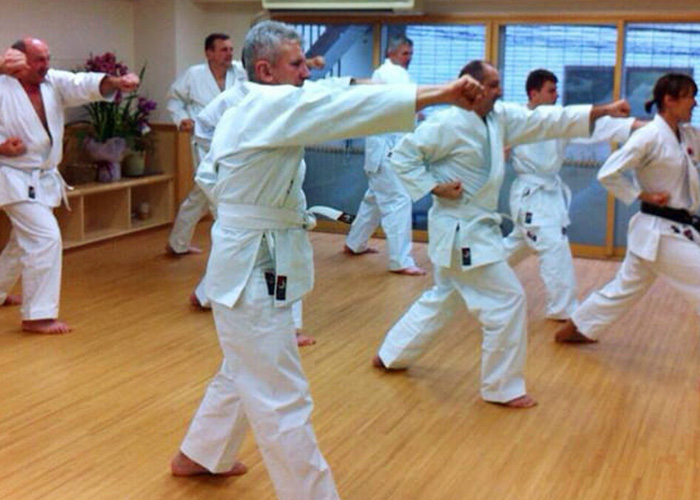 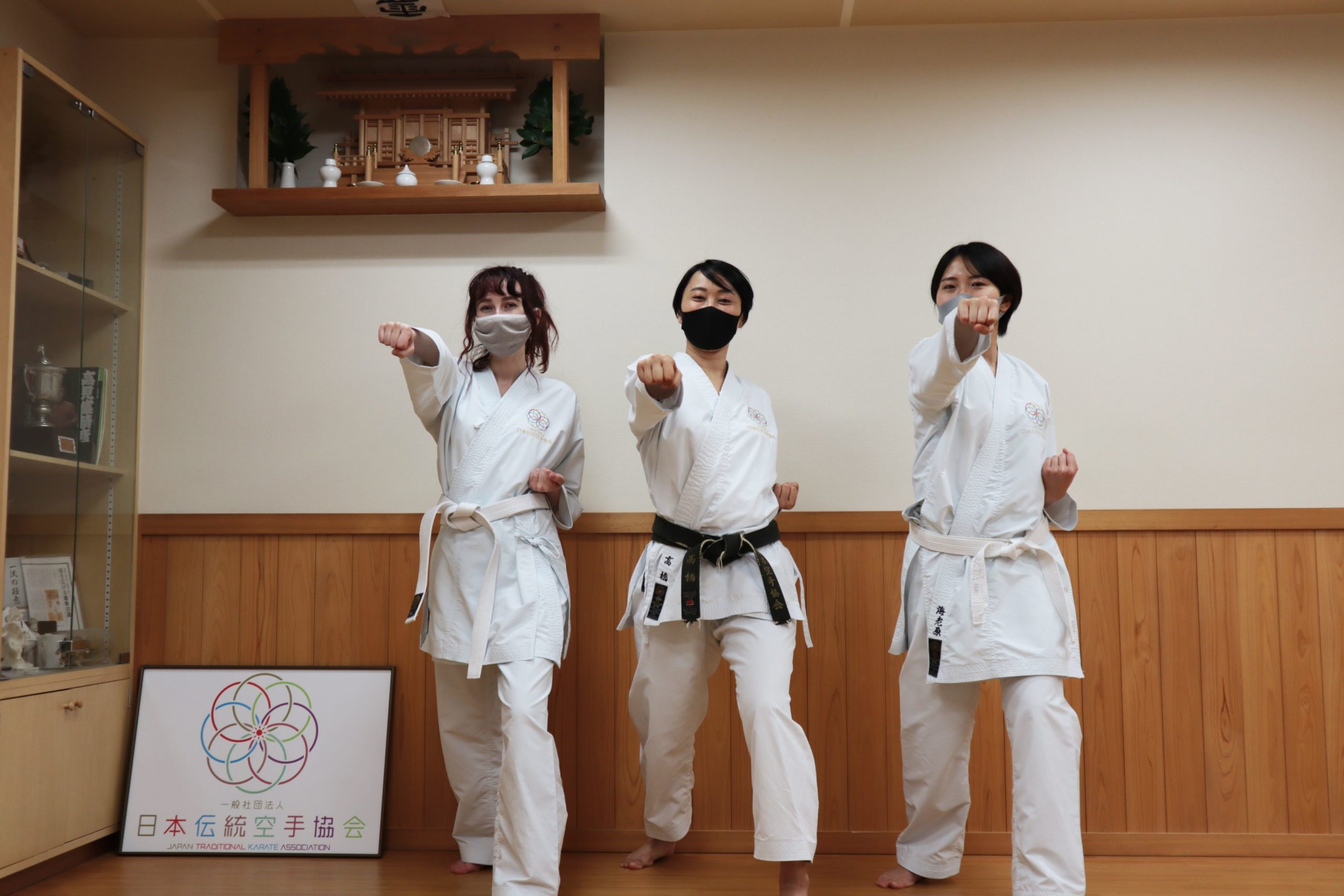 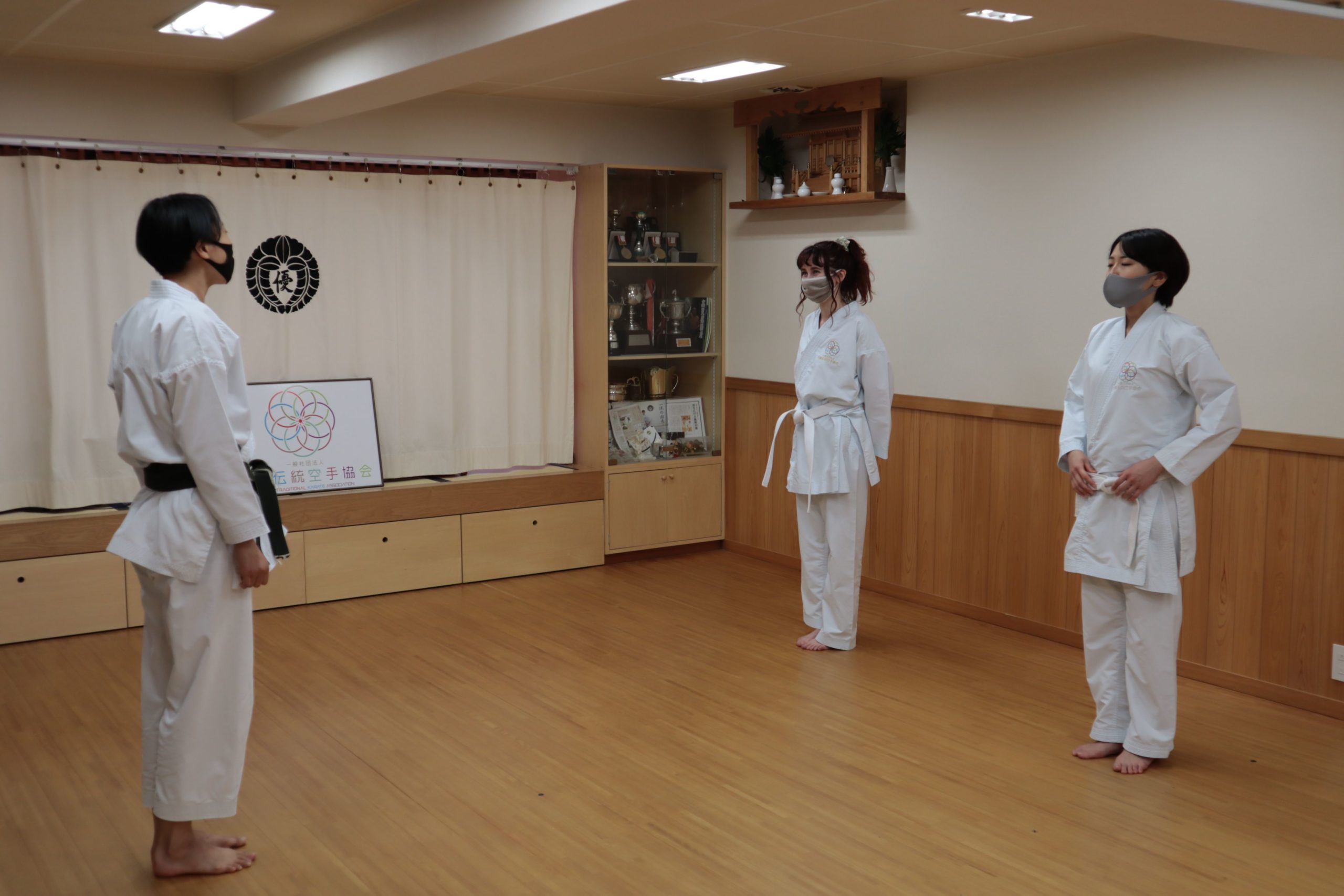 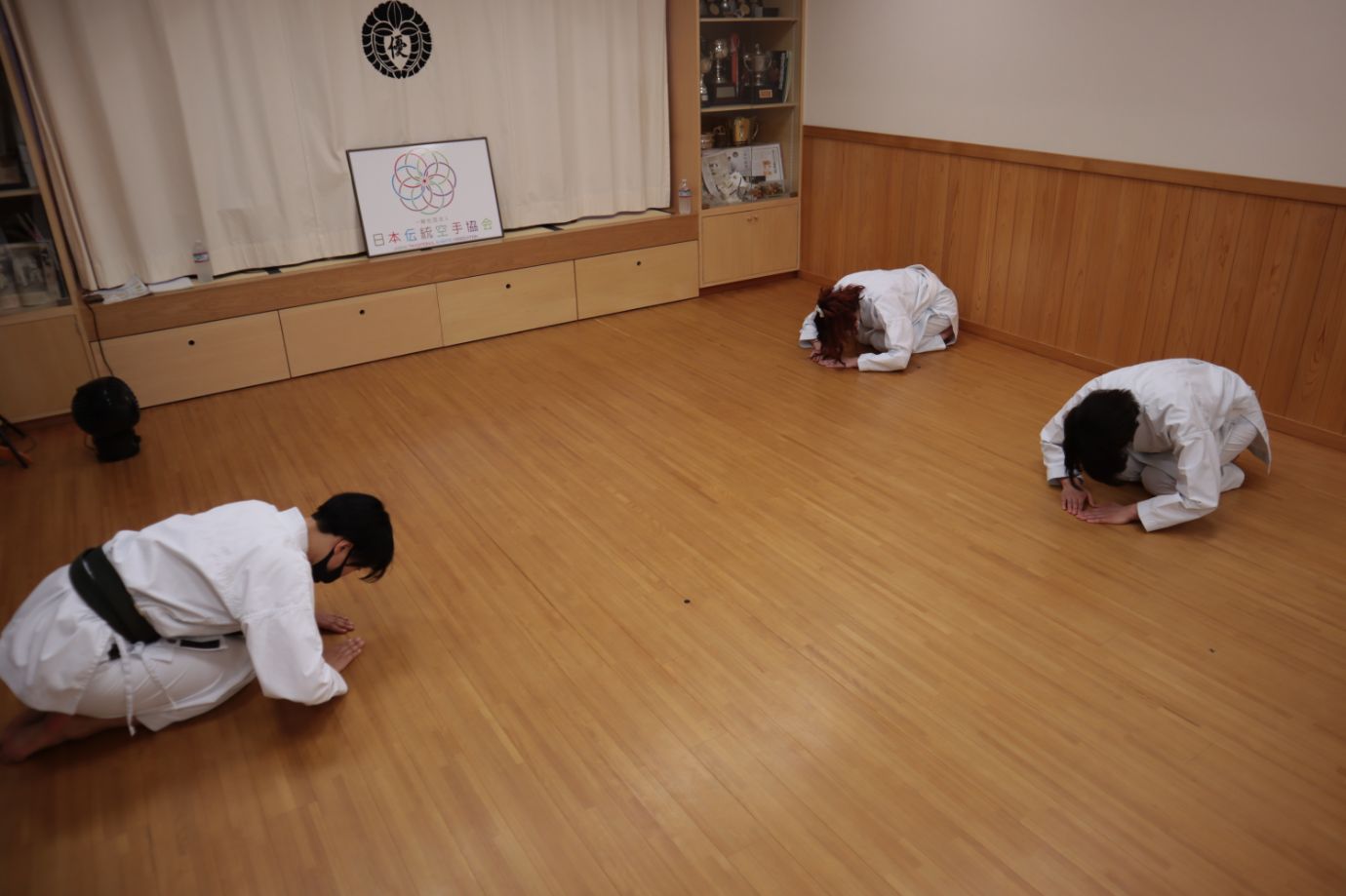 Learning the fundamentals in Shoto-Kai Karate.

Around the world, Japan is known for its rich, multifaceted culture and traditional activities that have been crafted and perfected over hundreds—even thousands—of years. Many of these activities are practiced outside of Japan with one of the most well-known and globally practiced activities being karate. As someone who has been a fan of Japanese culture from a young age, I have always been curious about karate, but never took a class in my home country. I was delighted and honored to be able to try it out with world champion karate master, Takahashi Yuko-who is an active member of the Japan Karate Association-which is one of the most globally influential karate groups. She has also won competitions such as the Shoto World Championships in 2006, and the All-Japan Karate Championships in 2012. The tour always provides an English language interpreter (mine was Osamu-san) who will help you through the entire class. Osamu-san was very kind, and took the time to help us not only with instructions, but also to ask any questions we had throughout the session. He even helped translate some jokes and anecdotes from Takahashi-san, which created a more fun and exciting atmosphere. 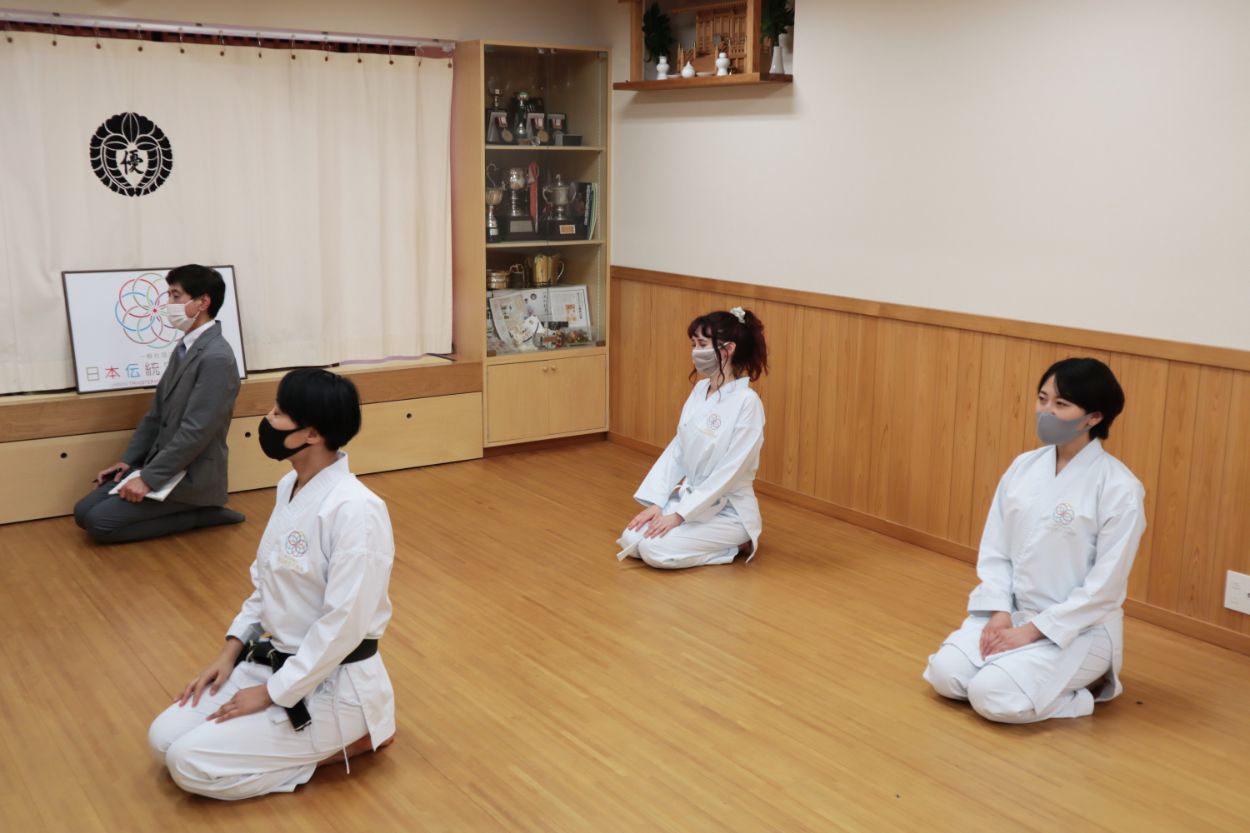 Introductions and Bowing in

Upon entering the dojo, our group was greeted by Takahashi san and her instructors with a warm smile and we were given our karate uniforms, adorned with the dojo’s crest, and our white belt. After we put on our uniforms, Takahashi san gave us a brief introduction of the dojo, and her history practicing karate. We then began the class by learning how to sit in “seiza” style, and how to properly bow before starting the karate session. Along with her instructions, she offered explanations about the importance of each step. 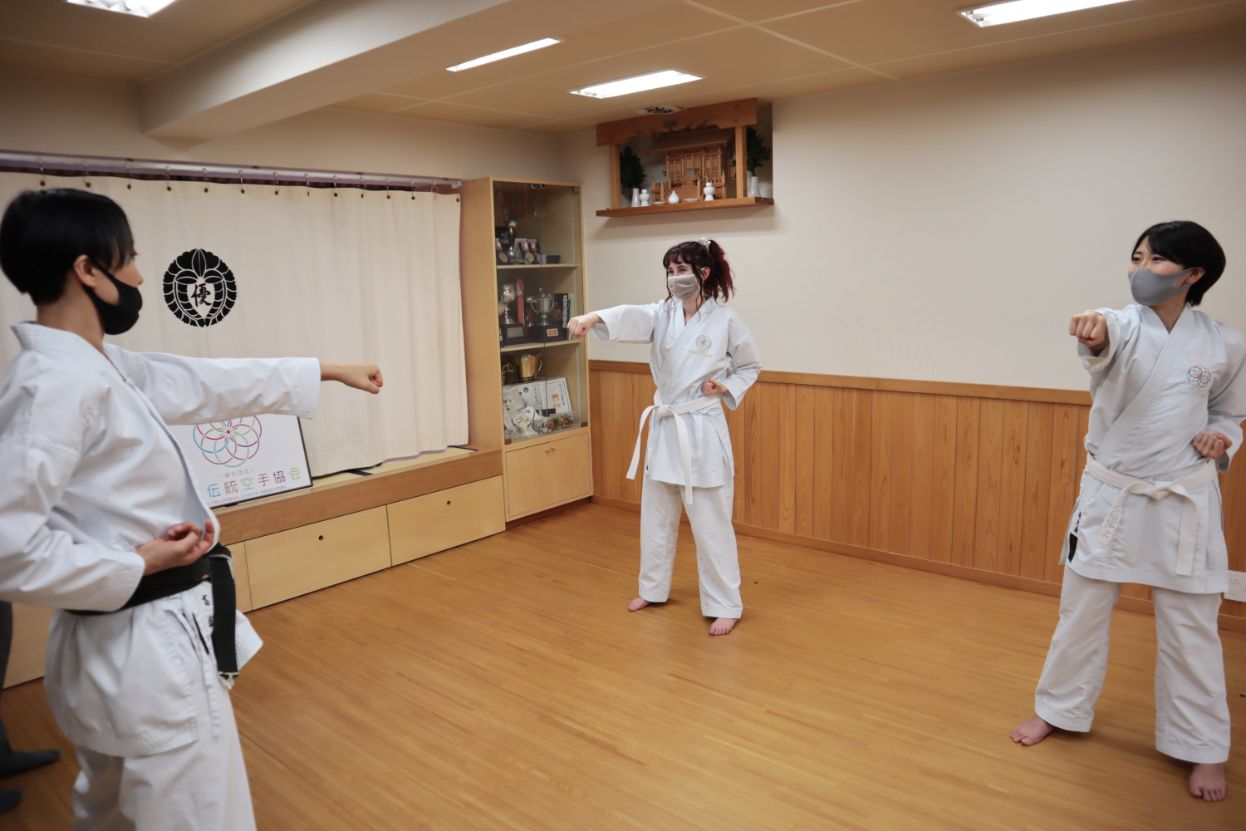 After some stretches to loosen up our muscles and allow for more flexibility, we began our karate session with Takahashi san’s instruction, and the translator’s helpful interpretations. We started by practicing some of the fundamentals of karate through learning how to properly hold our fists, and where to place our arms while learning how to strike, defend, and attack. Although we struggled at times to get it perfect, she was patient and kind, and offered compliments to build our confidence so that we were able to use what she had taught us to practice the movements while standing still in our place before the next step-which would be to practice while in motion. Takahashi san also gave us a few demonstrations of the movements we had just learned in action with her instructors to show us how it would look in a real spar-which was very helpful to see before trying it out ourselves. 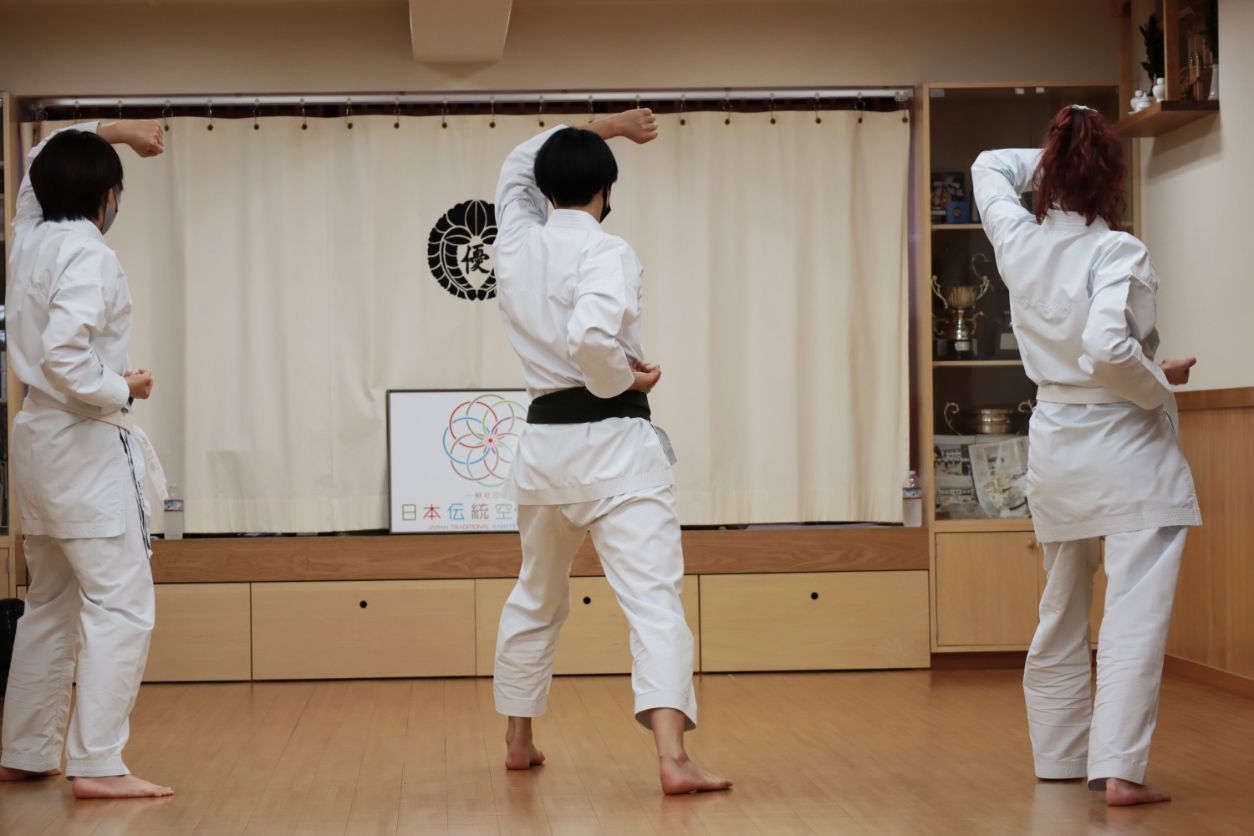 Feeling more confident in our abilities, and after a break and some water, we were taught the next step-which was how to move our feet while defending and attacking-as well as the importance of keeping our feet on the ground to be ready to defend ourselves in an instant, or protect ourselves from stepping on something sharp that an attacker may put out. With this in mind, we were soon able to move smoothly, and felt ready to combine everything that we learned together on a sparring partner. 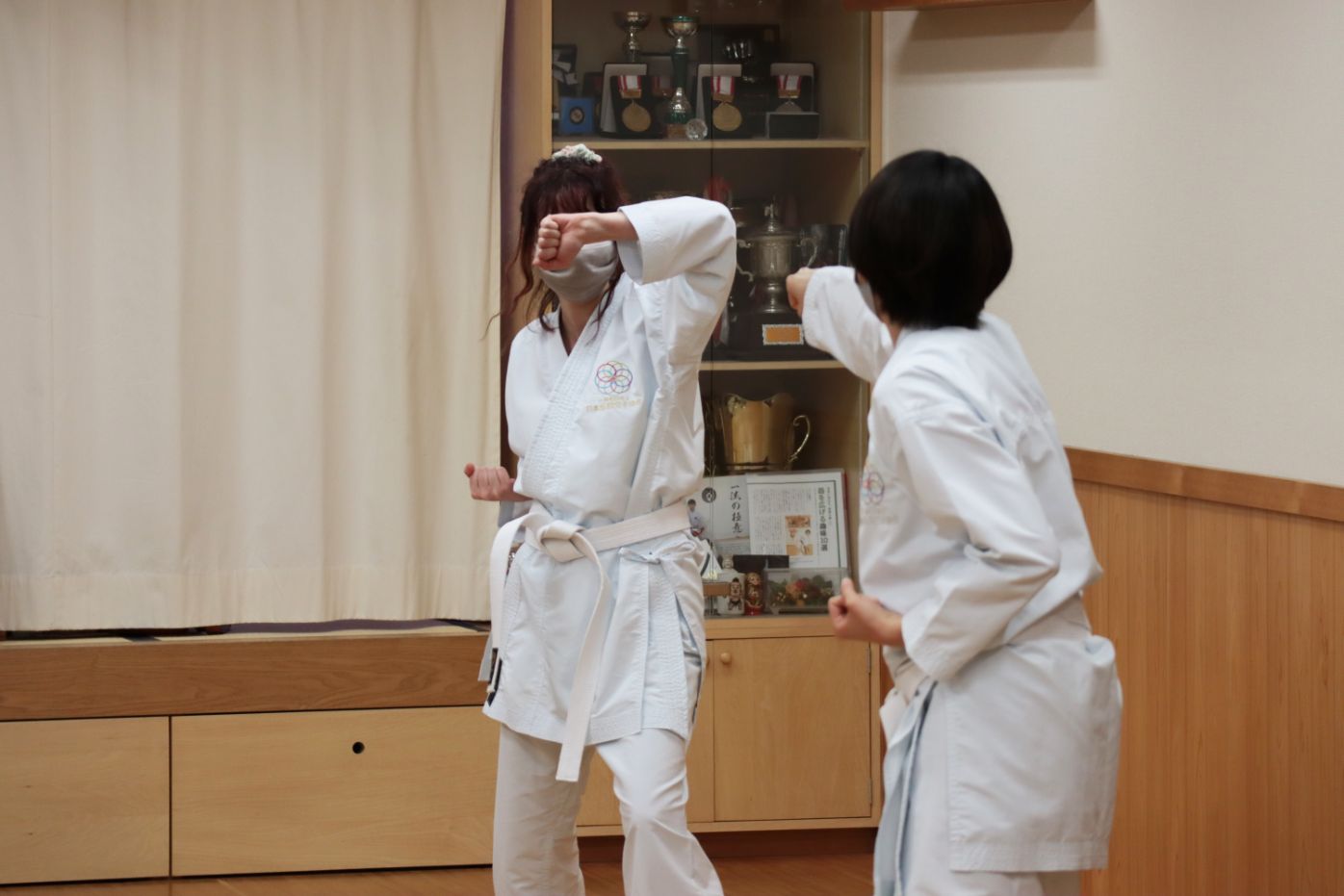 Finally, after practicing the moves in motion by ourselves, we were able to try our new skills on a partner. From a distance, in unison one partner practiced defense, while the other practiced attack. The partner practicing attack initiated the movement, with the partner on defense following their lead. This taught us to be perceptive of the attacker and when they would move. 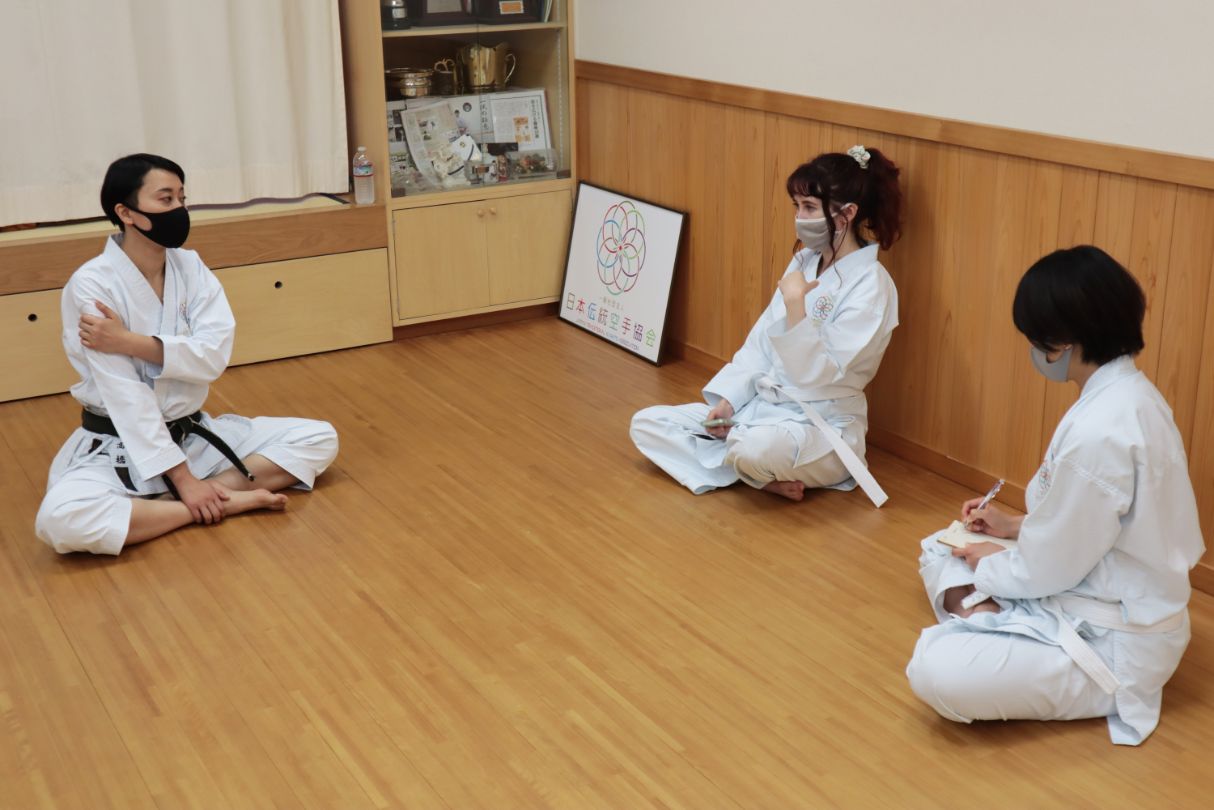 After some light sparing, we closed the session with the seiza and bowing ritual, and sat down to ask Takahashi san some questions about her history and accomplishments, and about karate itself. Thanks to the interpreter, communication with Takahashi san was smooth and we were able to learn a lot. I am thankful for this experience, and I highly recommend this class! 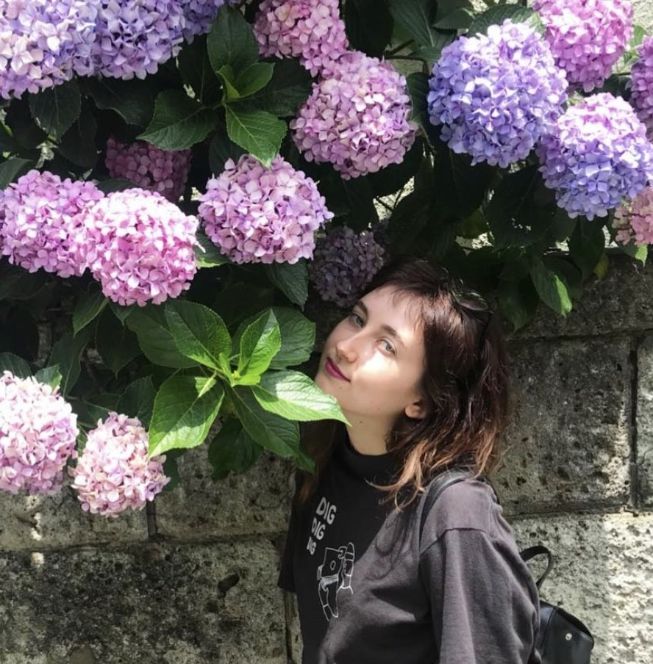 Growing up in Canada, my interest in Japan started when I was gifted a “FRUiTs” Japanese street fashion book for my 13th birthday, and I was enamored by the creatively coordinated outfits and “kawaii” culture. After researching and learning all of the different facets of Japan, and Japanese culture, I wanted to move here and experience it all first-hand. Five years ago, I came to Japan to work as an ALT, and I’ve found myself loving it so much that I've stayed ever since. 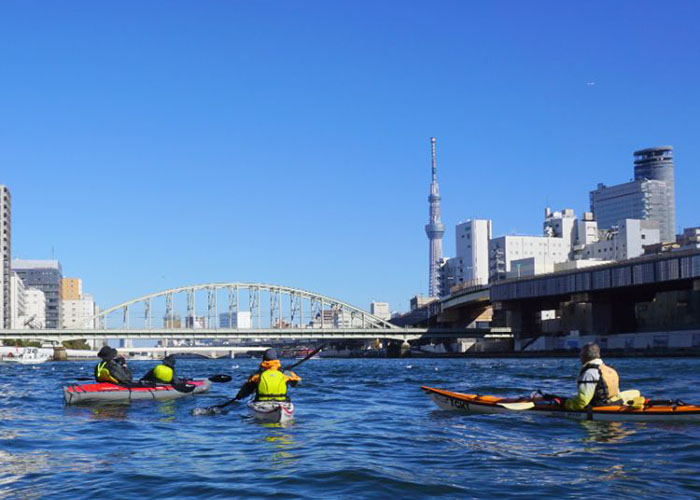 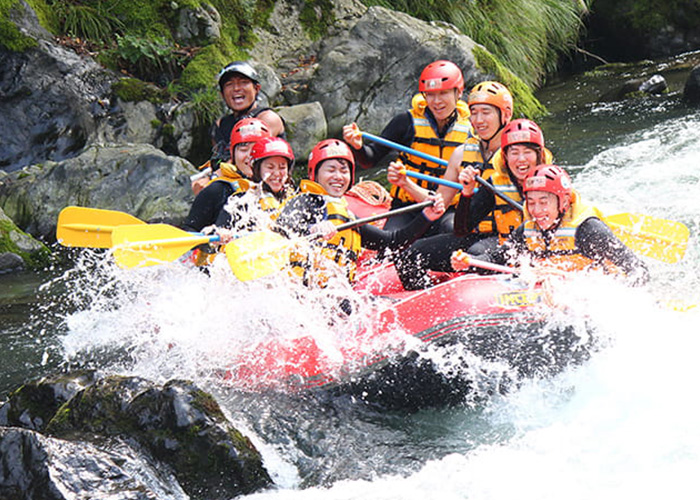 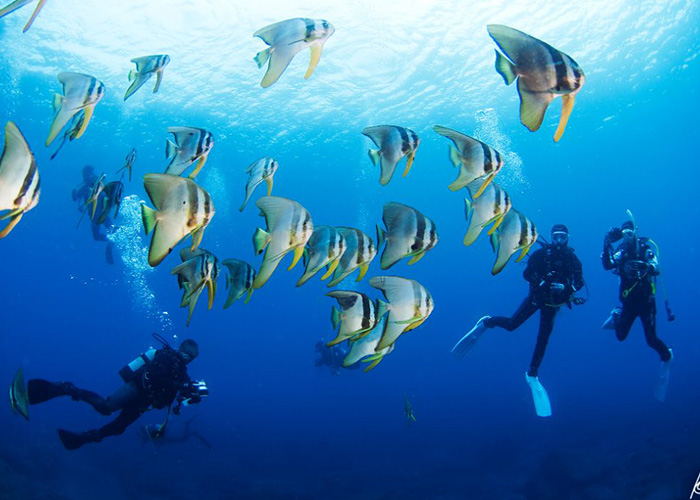