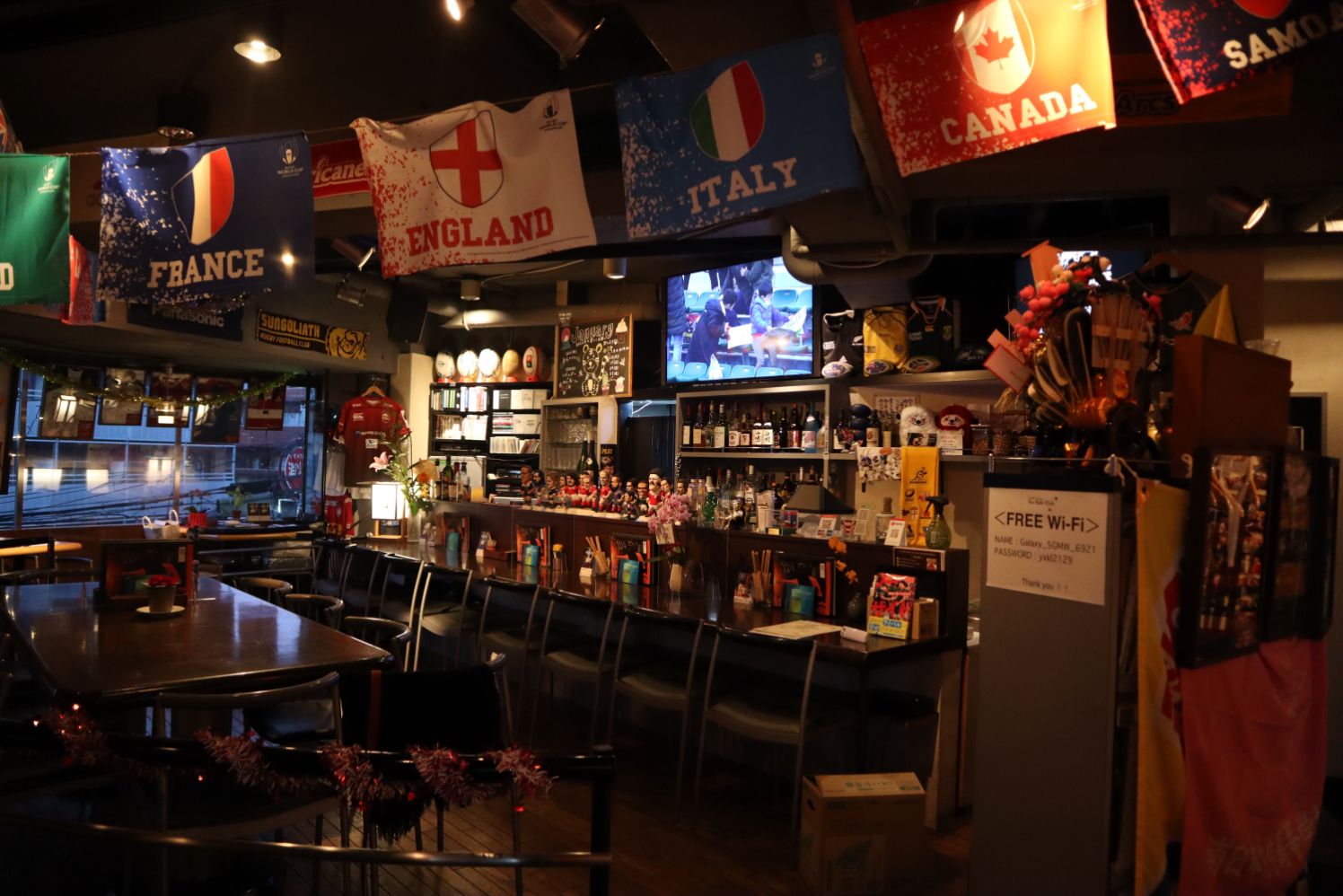 No Side Club Welcomes All to the World of Rugby

When Rugby World Cup 2019 came to Japan, it transformed the country into a place full of enthusiastic new fans, inspired by the Brave Blossoms’ excellent showing at the tournament. But where is the best place in Tokyo for these newly minted rugby enthusiasts to stay up to speed and deepen their knowledge of the game?

Look no further than Rugby Dinner No Side Club, in Takadanobaba area. The bar is about a five-minute walk from Takadanobaba Station, and has been a veritable mecca for fans of the sport since it opened in 2011.

As the bar’s owner and founder, Masa Takeuchi, explained, the idea behind No Side Club all began with a dream. “For a long time, I had wanted to open a bar where people could enjoy drinks and watch rugby. There really wasn’t a place like this anywhere else in Japan. So opening No Side Club was like a dream come true—one that I’d had for 10 years before making it a reality.”

Takeuchi played rugby himself when he was in high school and university, and is a longtime fan of the English national rugby team. In keeping with his love of things from the UK, No Side Club is designed like a British pub, with plenty of dark wood furnishing. Lining the walls you can find a wide range of rugby memorabilia brought in by longtime customers as well as signed jerseys. At the front of the bar, you can find a lineup of figurines of famous rugby players. 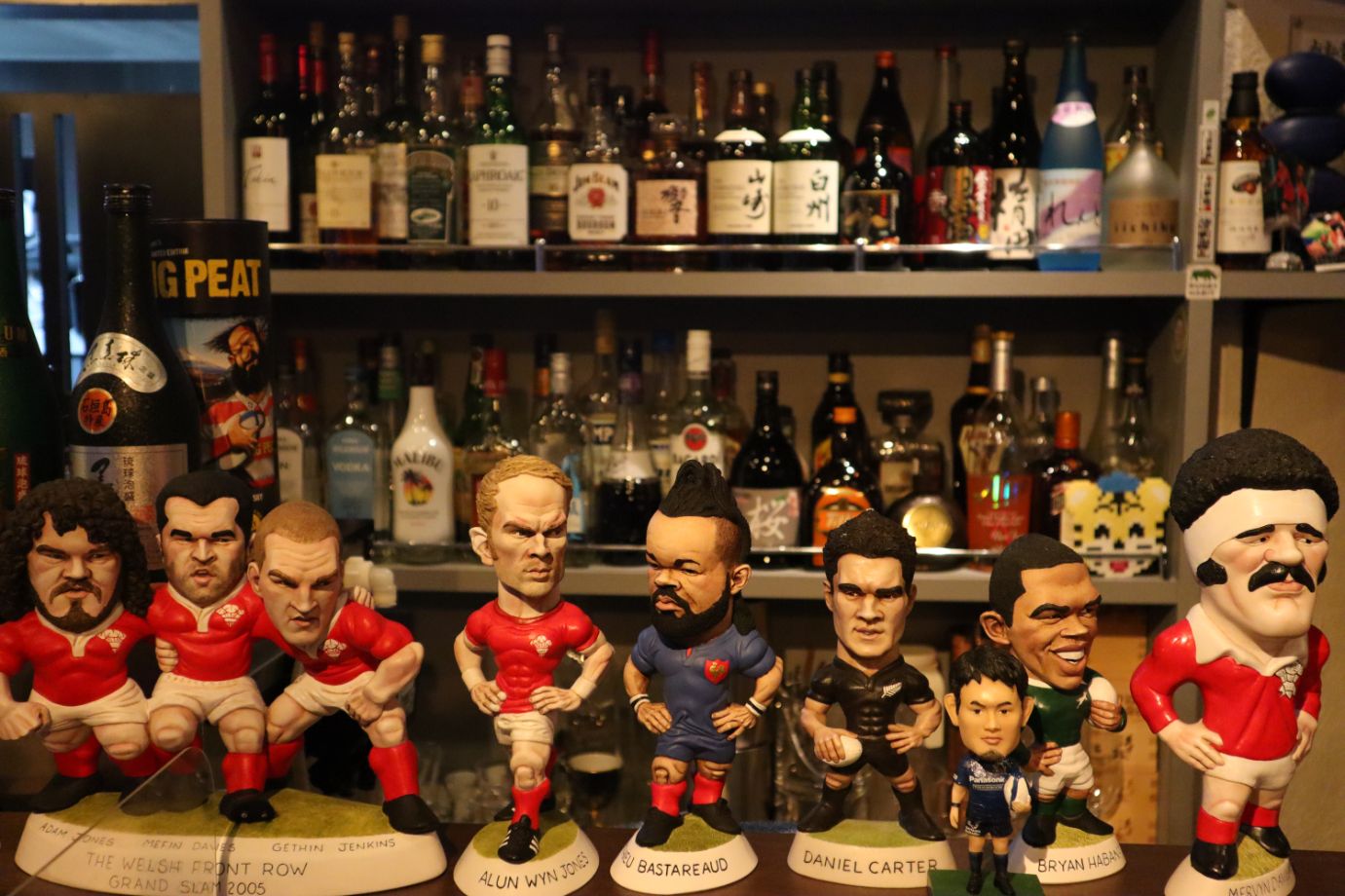 A Center for the Sport

As Takeuchi explained, the vast majority of his customers are rugby fans. But interestingly enough, about 60 percent are female. He added that, after Rugby World Cup 2019, younger people started to become more frequent at the bar, along with foreigners, who made up the majority of the customers during the international tournament.

He fondly recalls one moment that demonstrates the spirit that the No Side Club is known for：“One time, during the Rugby World Cup, the beer tap broke, and a fellow from Wales went to buy cases of beer, which he brought back for us to sell during the match!”

Another draw at the No Side Club is the fact that, before the pandemic, Japanese national team players could often be found at the bar, enjoying lively conversation with customers. Takeuchi is looking forward to welcoming them back, along with even more visitors from overseas, once the Covid-19 situation improves.

One of the things they’ll also look forward to are their monthly talk shows, which feature rugby players who discuss the ins and outs of the game. They also hold regular events for new fans, at which a rugby journalist explains the rules of the game.

Throughout the year, they show all of the major rugby tournaments, as well as live matches. And for diehard fans who have been following the game for years, they have an extensive library of classic matches that can be queued up and played on the TVs. 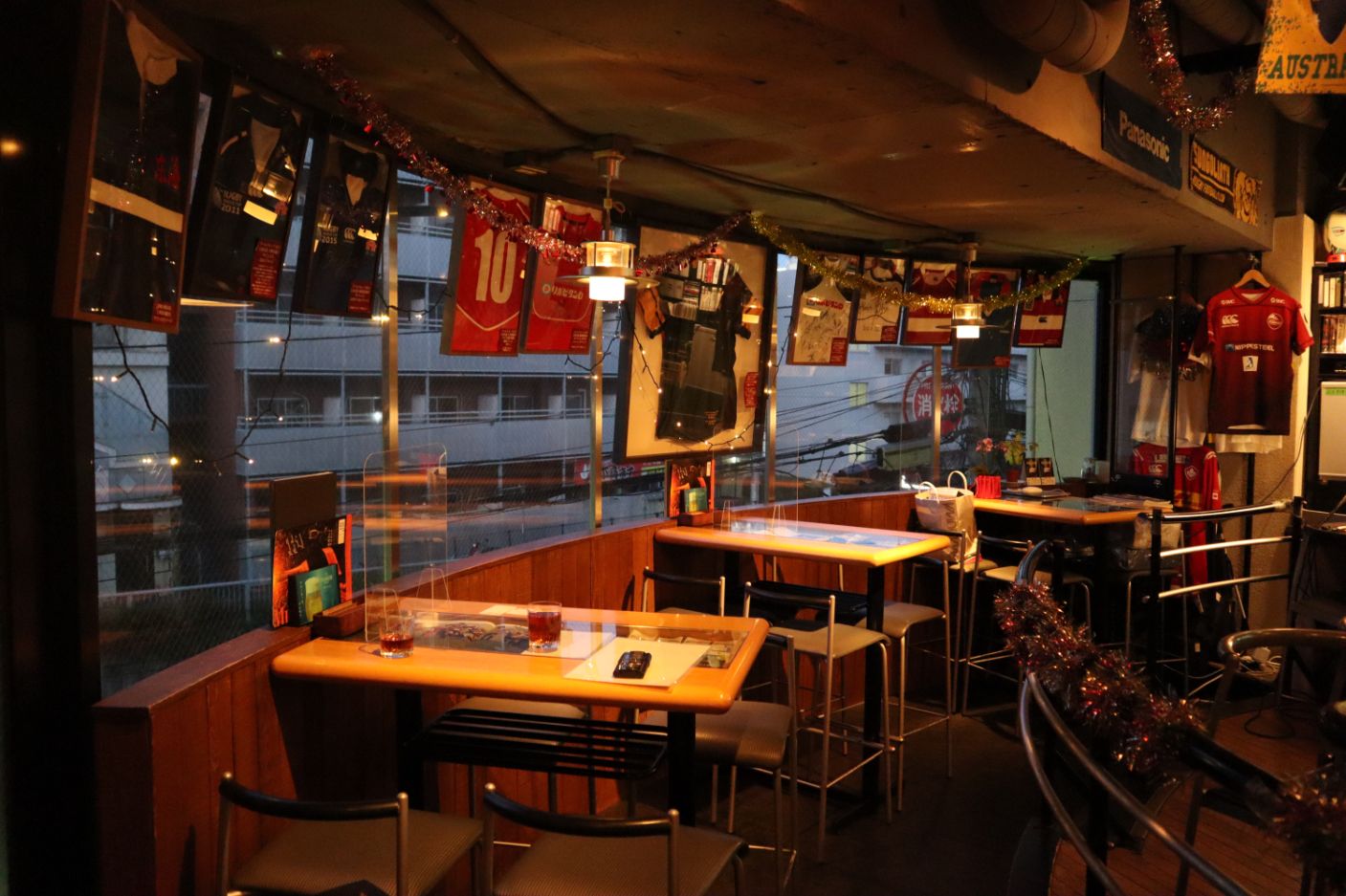 No Side Club serves Suntory on tap, as well as a range of bottled beers from around the world. The bar also has an impressive wine list, featuring vintages from Australia, South Africa, and other countries. Meanwhile, the food menu features a variety of sports bar favorites, from fried chicken and French fries to salads and pizza.

Although rugby is known as a rough sport, its players are also renowned for their sportsmanship and good will off the pitch, and this is something that Takeuchi feels is represented at No Side Club：“During the whole time I’ve run the bar, there has never been any kind of argument between customers.”

Takeuchi is proud that his bar is known not only as a great place for seasoned fans, but for newcomers to the game who want to learn more about it. And he’s looking forward to the pandemic situation improving, so that the same international atmosphere that he experienced at the bar during Rugby World Cup 2019 is rekindled.